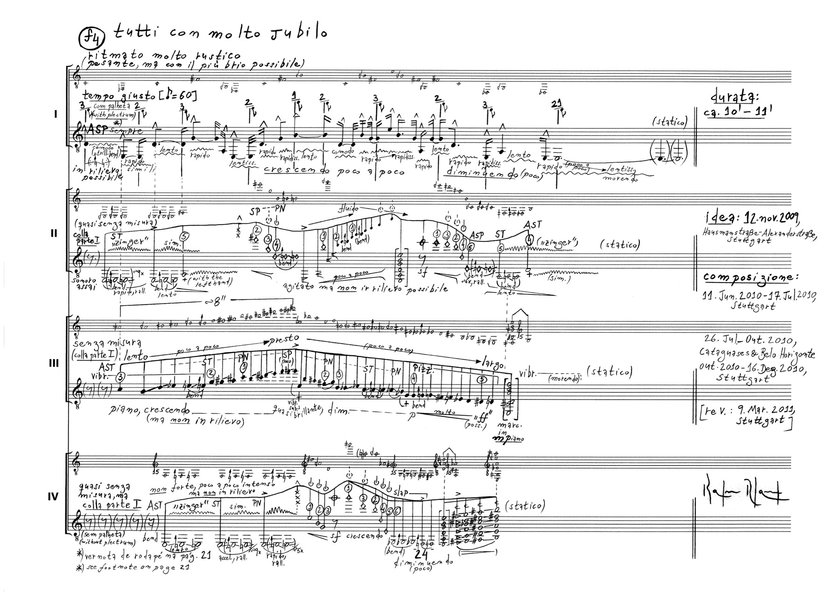 ...situating music in its exact-space-in-time seems to me to be the most musical activity of the composer, but this task is not only a privilege of the artists, in the same way that music does not belong to those that write it: through the composer, music merely/precisely ''be-comes...it-self''; such as it is... (RN)

Brazilian musician based in Europe, whose work concentrates on timbric and spatial aspects. He received a Bachelor's degree from the UFMG Music University (2008) and a Master's degree from the MH-Stuttgart (2012, class of C. Johannes Walter; seminars on Sonology with O. Schneller and M. Stroppa); he also carried out studies in the Alexander Technique (and musical phenomenon etc.) with Ilan Sebastian Grabe (2005-). In 2014 he concluded with highest honour the „Konzertexamen“ degree in Composition in Stuttgart.

Nassif has received various awards for his works, among them first prizes in events such as the Irino Prize, Tokyo, and the BMI Award, NY, as well as commissions (SWR-Vokalensemble, Minas Gerais Philharmonic Orchestra, CordaNova guitar quartet, ensemble cross.art). In 2013-14 he took part on the SWR-Vokalensemble Akademie and received a grant from the BW-Kunststiftung. 2014-15 he is engaged as a fellow of the Junge Akademie (ADK-Berlin).

Nassif is active in the multiple capacities of composer, performer, professor and curator/organizer of concerts/recordings. His varied parallel interests (Experimental Art, Philosophy, Astrology, Meditation, Pranayama and others) reverberate in his recent musical works.