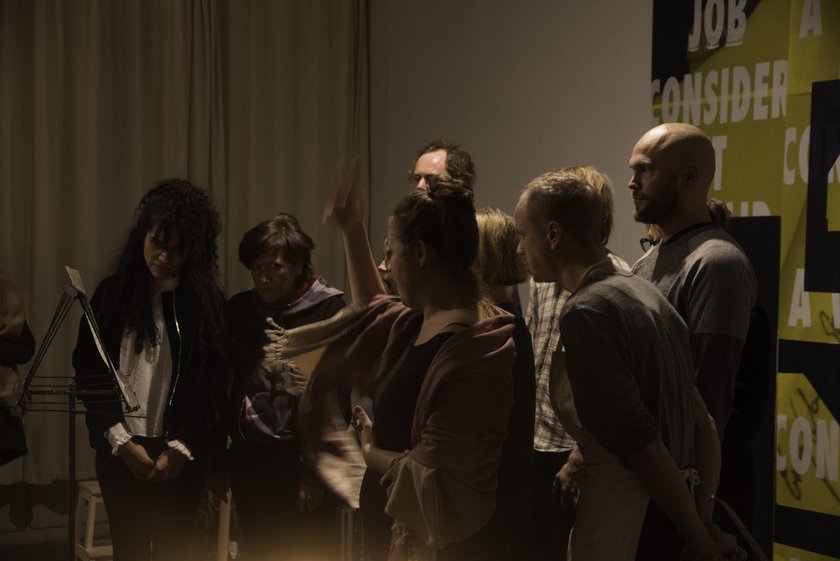 Nathalie Wuerth (1969) is a performance artist based in Stockholm. She uses the voice as anartistic material to probe physical space and the body as bearer of social relations, affectsand language. The process is often collective and site-specific. Wuerth has previously participated in performances at Konsthall C, Stockholm (SE);Godsbanan, Aarhus (DA); Spektrum, Berlin (DE) och PAB, Bergen (NO).The last two years, the work has been focusing on the topic of the voice, home and work. I first conducted this research with a grant at Konstfack, College of Arts, Crafts and Design in Stockholm where I drew parellels between the apparatus of the voice and the aspiratory movement of the vacuum cleaner, trying to impersonate the sound of the vacuum cleaner with my voice and with the help of technology. I was interested in the ways that the industry(mechanization and machination) had permeated the so called intmate sphere as a way of detecting and explaining the way the sound tracks had found its way into the internet in the form of soundtracks. There are uploads on the internet with hours of white noise from home appliances, vaccum cleaner, hair dryers and washing machines, used as soundtracks to calm down and relax.Im interested in mapping home work further both as a way to discuss intimate aspects of being and daily life and as a way to address questions of survival and value in contemporary life.