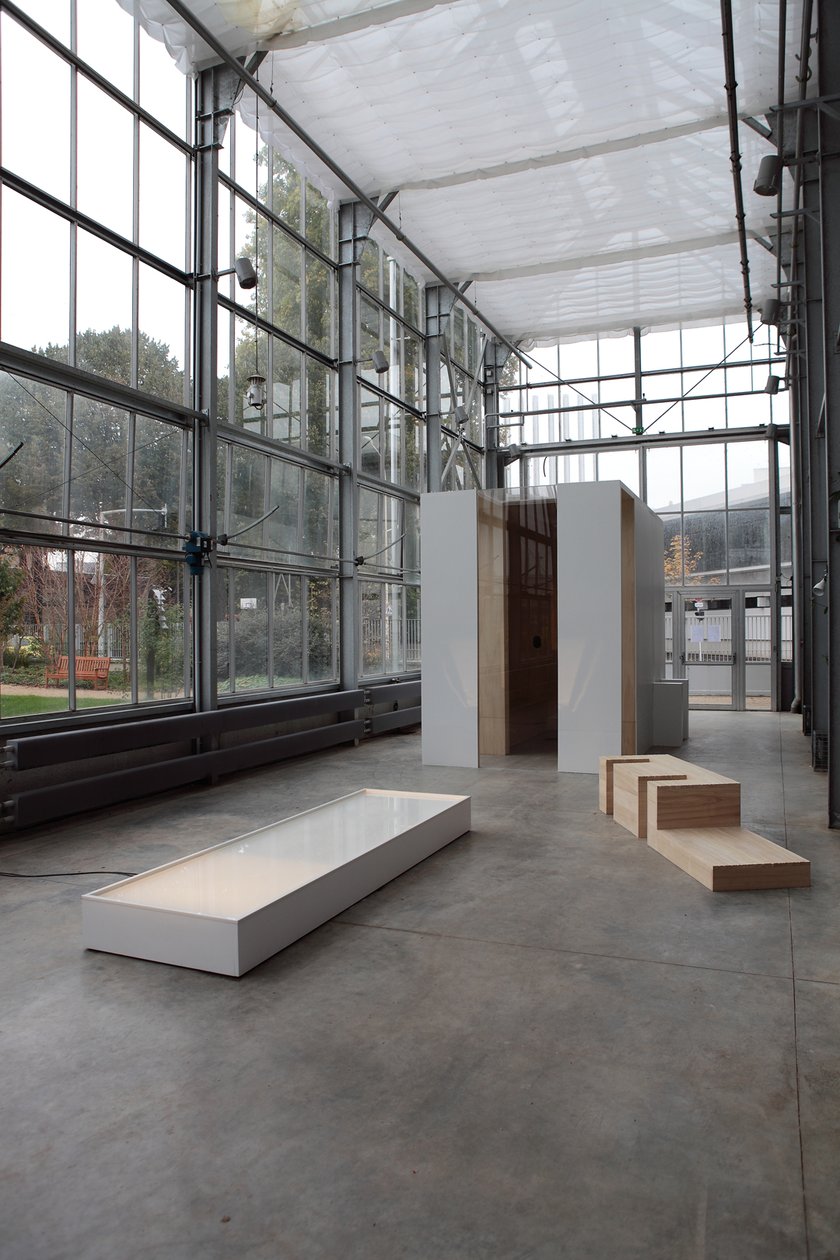 Claude Alma’s artistic approach focuses on 3 main axes:  The first one is based on the creation of unique listening conditions (see www.volume-sonore.org), for which he designed and realized architectural modules, sort of sound pavilions, refuges for listenning. The configuration and the device of these modules are specifically dedicated to the type and origin of the sounds broadcast.

Claude Alma's work also revolves around cosmophony, which means the contribution of the elements of the universe and the living into sound creations organized threw electroacoustic compositions. Field recordings and sound synthesis come together in a multi-point spatial diffusion.

Claude Alma also favors in his realizations the vibratory dimension of the sound to reveal the imperceptible, even the inaudible or the invisible, like neuronal waves, stellar vibrations or radio waves. Thus, the medium, while remaining immaterial, makes it visible phenomena pertaining to immateriality.

Claude Alma imagines and designs devices, true "vibesystems", which vibrate simple materials (water, very fine sand, copper wire ...) and through which the sound becomes image and light. He is a composer who also performs with a guitar, an old Moog synthesizer and a Leslie cab in search of "harmonic essence", in the footsteps of a Charlemagne Palestine.

He has already worked with scientists in the field of neuroscience, botany, mechanics and resistance of materials and especially in the field of astrophysics. Claude Alma collaborates particularly and for several years with Philippe Zarka (research director at the Observatoire de Paris and deputy director of the radio astronomy station of Nançay) to produce creations on the basis of sound transcriptions of radio waves emitted by stars.

Claude Alma widens his research to all the wave phenomena. He seeks to initiate a poetic of the relationship between Art and Sciences.