On Tuesday November 26th ZK/U residents will present video work they have realized during their time at ZK/U or earlier. After the screenings a time for discussion and debate will be organized.

David Clark will screen a section from his video entitled "BEAUTIFUL FRIEND (green)" from the larger work 'The Ends; Death in Seven Colours'. 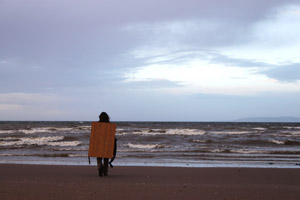 The figure walks a desk from the city to the sea. The desk is upturned and is used to try to sail across the sea. After several failed attempts the figure sinks to the bottom and returns to land. 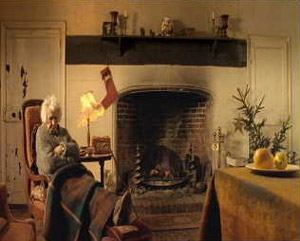 Noel Qualter - That Time of Year

Noel Qualter will present his short film That Time of Year, an experimental drama which examines in a comedic but profound way the consequences of not being true to oneself, putting into play a mother willing her children to leave home. 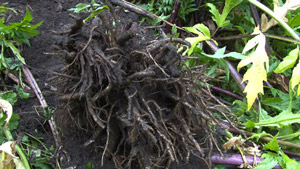 The film tells the story about the plant called the Tromsø palm. It was introduced to Norway in 1838 as a garden plant for the upper class. Now it is seen as a weed by most people, but in Tromsø it also has an important symbolic value.

"This piece is one of the video series I have been working on, all in the format of rehearsal, to address issues around hope, life/death, and agency. In this video, a free jazz pianist is interacting with an actress continuously, until they reach an end they agree upon. The actress recites again and again the Story of Peach Blossom Spring, most likely the first story written on the topic of utopia, about 1500 years ago. Peach blossom spring became the term Chinese speaking people use to refer to Utopia." 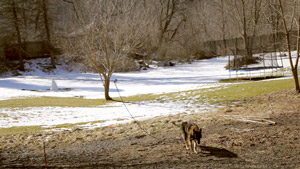 Nancy Woods will present the video Miserable Escapist Finds Pleasure When Relieved of Suffering that she has produced right after her first residency at ZK/U in 2012.

Soundtrack in collaboration with Adrian Schindler

Screening and discussion
Screening from the residency