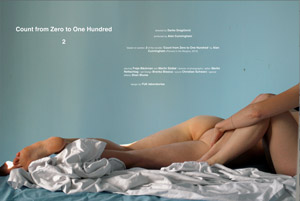 There will be a screening of the short film Count from Zero to One Hundred : 2.The film was directed by Darko Dragicevic and is based on section 2 of the novella Count from Zero to One Hundred by current ZKU resident Alan Cunningham. The film illustrates, in a succinct visual language that mirrors the equally sparse language of the book, the dangerous but understandable desire for a sense of only ourselves in our own bodies, afraid of and unresponsive to touch, damaged perhaps, in ways only hinted at. It ends, however, having communicated a sense of the always enduring potential for touch and openness to an equally dangerous but joyful intimacy.

Darko Dragičević (1979, Belgrade) studied at The International College of Arts and Sciences in Milan where he received M.A. (Hons) in Art Direction and B.A. in Visual Communications. Soon after he moved to New York where he studied film at the New York Film Academy. Since then he's been working on the short films, video projects and also took part in various solo and group exhibitions. His works have been featured in David Zwirner Gallery New York, The Armory Show New York and Internationale Kurzfilmtage Oberhausen. Recent exhibitions and screenings include Ethnographic Museum Belgrade, Node Centre Berlin and Finnland – Institut Berlin.

Upcoming: music video “Voa” done in collaboration with Markus Popp / OVAL due on October 15th 2013 Currently he lives and works in Berlin, Germany. 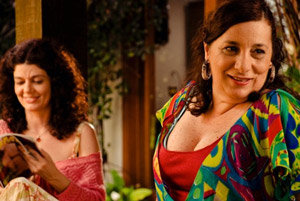 The Sound of Divine and the Holy Spirit of Silence (Os Sons do Divino e o Espírito Santo do Silêncio), 2012, 17 mins

A rude peasant and his teenage daughter, Pituinha, go to Feast of the Divine in the city of São Luiz do Paraitinga, a Brazilian catholic feast. While they eat typical food and watch folk presentations, the girl meets an enchanting knight and a mystery is revealed.

Written and directed by Bruno Jorge

Absorbed into the face of a concrete and singular downtown São Paulo, a man and a woman of considerable age difference slowly reveal their particular relationship through the presence of a single painting.