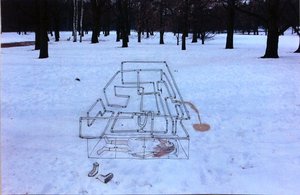 The project collects and produces audiovisual materials and projects them into bubbling platforms in outdoor spaces, and into giant drops and ground clouds for indoor spaces.

To participate in the further development of the project, please send your dream to anaisafranco(at)gmail.com 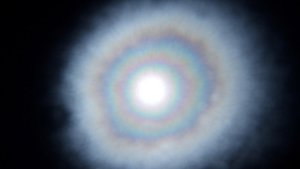 The breath makes a rainbow, and a rainbow takes a breath.

The work has been related to memory or spirits of place, unconsciously.

Youki Hirakawa (B.1983 in Nagoya/Japan) is a visual artist who lives and works in Berlin/Germany and Toyota/Japan. He was a fellow at Akademie Schloss Soltude, 2011-12. His main interest is an investigation of peculiar time rooted to a particular place or entity. He is working mainly with video and photography. Hirakawa had shown his work in several museums and galleries internationally, such as "Stranger" National Taiwan Museum of FIne Arts, TW / 2013, "Light, Shadow, Time" Okazaki Mind-scape Museum, JP / 2012, “Now & After" Moscow Museum of Modern Art, RU / 2012, Solo exhibition "Mute Time" Kyoto Art Center, JP / 2012 and "Japan Media Art Festival" National Art Center Tokyo, JP / 2008. He will hold a solo exhibition at the Minokamo city museum/Japan next September. Furthermore, from August to October, he will participate in the Aichi Triennale 2013 in Japan. 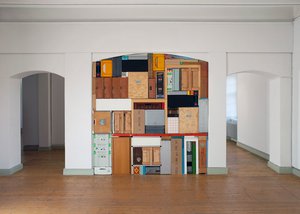 Michael Johansson deals with ordinary objects we all recognize, but in a way far from the ordinary. Driven by the agenda to densify the world, objects are morphed into precisely stacked rectangular shapes, connected to a certain place, where their original purpose are transformed into catalysts of new meanings.

For his final presentation at ZK/U his studio will undergo a temporary transition where every conceivable material, equipment and everyday objects makes a brief stop on the way to their next destination as elements of a spatial exploration. The newfound rigid order separates the objects from their usage, and invites us to a shared space where the familiar meets the unfamiliar. 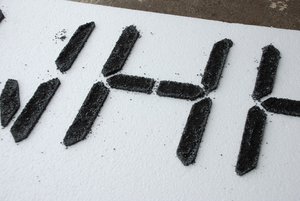 A stew of universals - Dennis McNulty

A selection of material and immaterial components -

Each day for the past four months, I've tried to alternate between mostly-mind work and mostly-body work -

"A stew of universals" gathers together some of the results of this period of research.

The work will be installed from Wednesday to Saturday. If you can't make it Thursday evening, then please email me to make an appointment to see it. My email address is on my website.