OPENHAUS - open studios, installations, film screenings and resident talks with the OPENING of the Pop-Up Chess Palace - On Architecture, Ideology and Chess.

The OPENHAUS is a regular public format that takes place every month in ZK/U, inviting audiences to connect with the hosted projects and to explore the process of its residency program.

Catch a glimpse of what future urban spaces might look like through installations and video screenings. Travel to the past and take a look at how memories of specific sites can be markers of history and can be part of a collective memory of small communities. Explore in a spatial archive how these memories are affected by the top down transformation of everyday spaces. How can we reclaim ownership to these urban settings? An installation in the park looks at loitering as an example. This site-specificness is examined by another artistic process which illustrates how the conditions of space influence the result.

Come and encounter installations, performances, video projections and talks. Don’t miss the opportunity to join the discussions, meet the artists and researchers in residence and explore ZK/U’s space and surroundings. Ask questions and exchange ideas about ongoing projects and artistic practices. 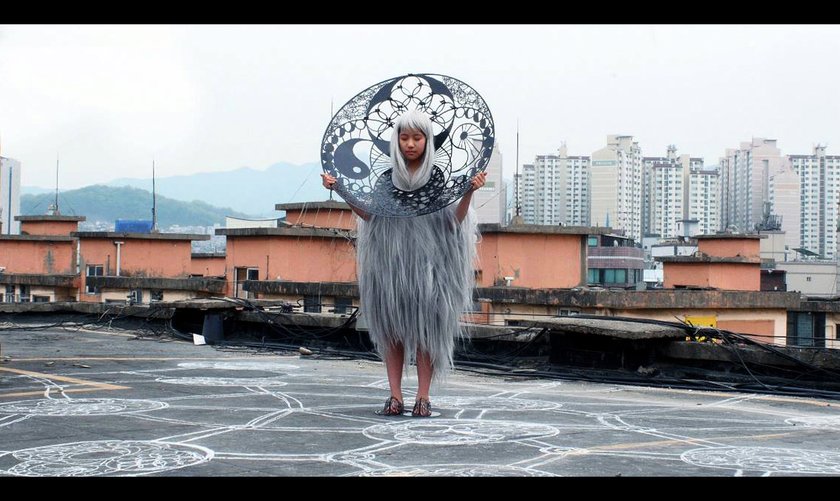 The Burning Couple (2017)
The year is 2100 AD, in an abandoned apartment building in Gangnam, South Korea, a cult of Christianity eagerly await the end of the world. Night after night a young couple race to the rooftop in anticipation of the rapture. Will today be the end?

The Crowns of Time and Space (2017)
Two shamans, mother and daughter, use the crowns of time and space to navigate the complexities of the world:
"Every step I take the whole world shakes. I am only 9 years old and the whole of the world is carried on my little shoulders."
"Every time I change my mask's direction, I also change the direction of time"

Unearthing the unrecorded: memory, history and urban erasure in Brixton

Working with various members of the community in Brixton, London, our work merges spatial practice and oral history to understand what is lost when community spaces fall victim to government-backed regeneration projects. Through codifying alternative community histories in response to neoliberal practices that wreak havoc on local urban life, we have begun to produce a spatial archive that documents the communities, networks and micro-histories of the built environment that are lost in the transformation and destruction of everyday spaces in urban settings. 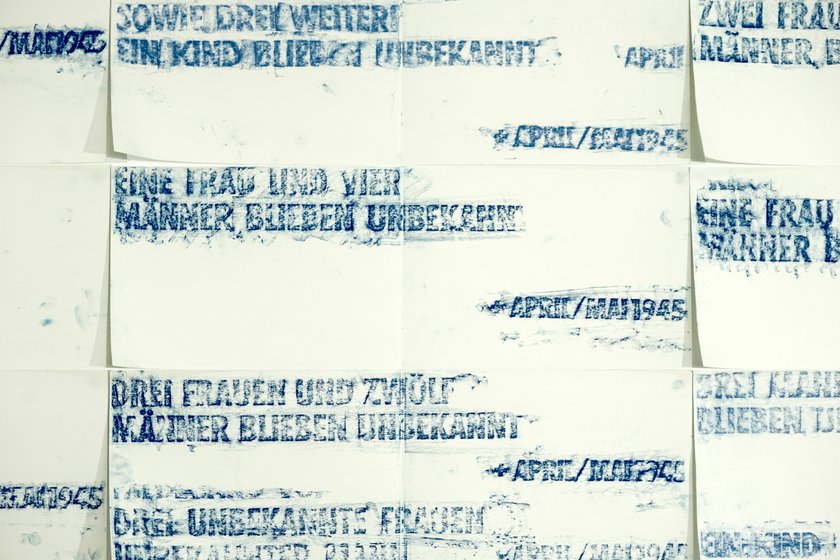 Newly Arrived resident Dagmar Dahle will present the start of her project her at ZK/U. During her time at ZK/U she will explore questions of memory and place by looking at the official and unofficial public markers of history in Moabit. 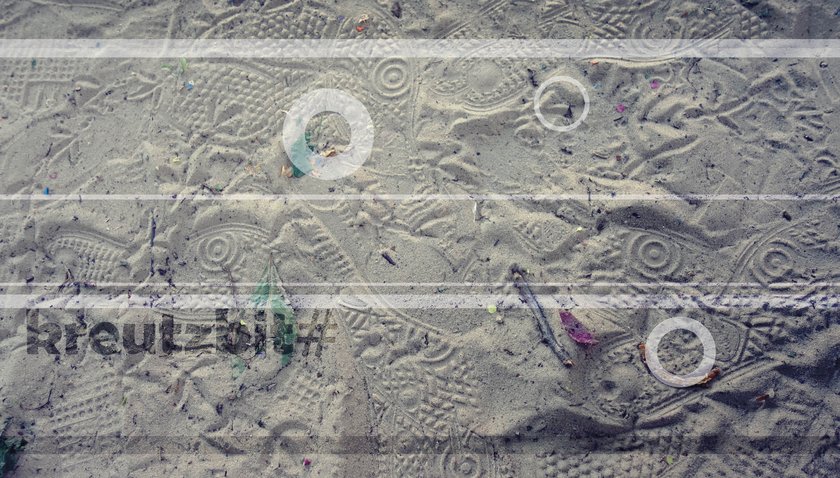 #kreutzbit is the attempt to create a framework in which ideas about public space can intersect and develop, to find a common ground between individual visions, paths and expectations. In a series of immersive tours through a few square meters of terrestrial ground, Adela will guide participants through unfolding trajectories and implications, old patterns of conditioning, and expanding layers of meaning, projecting unforeseen dimensions and outlining new depths on a seemingly commonplace terrain.

The display initiates the public dissemination of an ongoing research on loitering as a statement against the capitalization of public space. Adela will share her work process and discuss different leads that she chose to either abandon, or to follow thoroughly, exploring the possibility platform where diverse approaches to public space can converge. #kreutzbit is the junction between different private worlds. 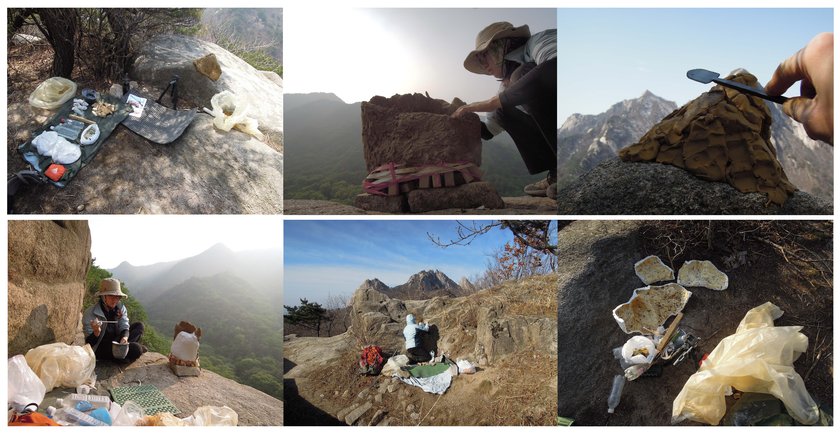 In two video works that are registrations of past projects Haeyoung Seo invites the public to discover her practice. Showing the time consuming and gradually developing sculptures that become part of the work as a whole. Giving us an insight in the working process, and the method she uses while making her work.

Sculpturing in Mountain (2012~) reflects the artist’s physical experiences and avoids the traditional sculptures. Carrying and using only materials she could carry herself to the mountain is a process of determining the amount of materials and contents by my physical condition. Also, combining mountain climbing and sculpture interconnects her daily life and art, which was completely separated before. This eventually violates the traditional sculpture’s position advocating the autonomous art.

Currently, Haeyoung is working on Making Tool for Female Artists (2014~2016). Finding a uniformly conventional work environment problematic, she began to create a tool for a tapestry collaboration with female artists, making an alternative working space for them. While collaborating with women, she created tools (8 combs and frames) out of necessity that reflect our bodily differences, establishing a new relationship. This project is being progressed in various aspects such as feminism, handcraft, collaboration, traditional western media, and contemporary Korean art 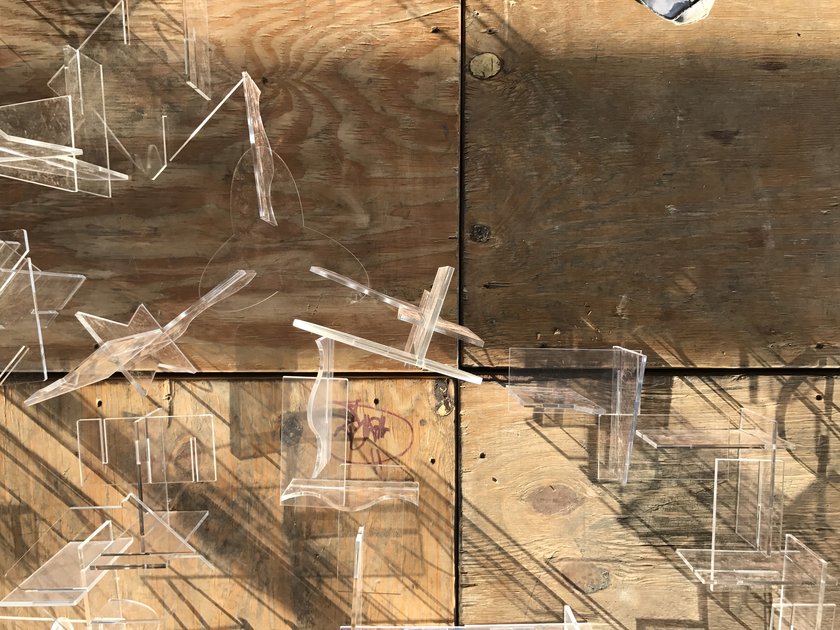 There is a tradition among the Chinese in Southeast Asia to burn paper-based architectural designs in order to transmogrify them into ghostly spaces for the dearly departed. In an ongoing project work Jason Wee explores these traditions with his background in architectual design. The work is a re-imagination of these ephemeral spaces as a kind of modular, flexible architecture, ever adaptable to the needs of the haunted. 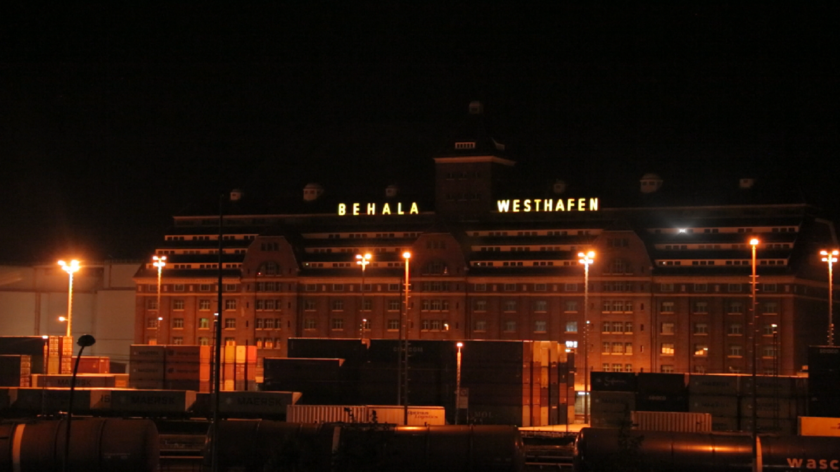 Over the last 50 years the ports of the world have been standardised, automated and in a process known as containerization. While containerization allows for the rapid cheap transport of goods it has displaced thousands of port workers and allowed for the exploitation of labor and resources that are unregulated and geographically distant from their markets.

A Slight Flicker is a science fiction story that imagines the global transportation as a global organism one that has evolved specifically for exploitation. Told live in front of the view of the Behalla Westhafen Port and incorporating digitally manipulated video, the work asks what might happen were this organism to wake up and try to communicate.

Would you be my Model?

The City, The Cannibal & Asia