Artists and researchers in residence will present the projects they have developed during their time at ZK/U. 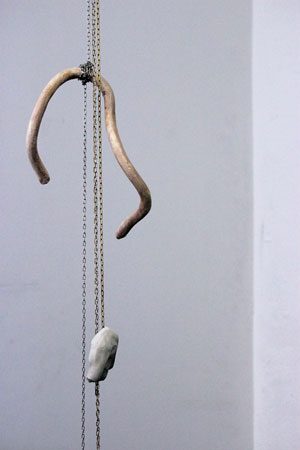 Beth Dynowski will open her studio as a working space with various works in progress. 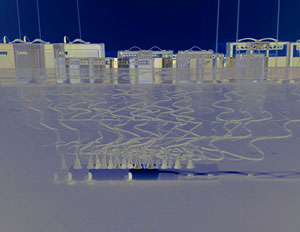 Our relationship with things is not a distant one, each speaks to our body and the way we live. [...] Humanity is invested in the things of the world and these are invested in it. (Merleau-Ponty, The world of Perception, 49)

Yujin Jung is going to open her studio/ room with her sound installation working in progress. Her investigations into the signal, power, electrical behind wall of space will give a chance to think about extension of the boundary between space we are at and immeasurable structure beneath the surface. 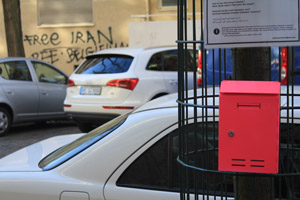 For this open haus the studio will become a semi-public space, for people to gather and consider spaces in Moabit. Residents from Moabit are invited to come to unit 1 and mark their feelings and memories on a map of the area. There will also be a workstation for attendees to create various DIY urban interventions.

This February OPEN HAUS will introduce two sides of my creative process.

The first, as the “IN LIVE” side, will appear as an immerse installation. Called Past/ Present/ Future, it will feature the arrangement of a chosen space of ZKU. Public will be actively invited to take part and enjoy the use and slow ruin of the installation.

The second, as the “IN TRANSLATION”side, taking place in Studio 13, will feature the presentation of in progress canvas, as a result of previous spatial investigations.

Come join us and be part of the experience! 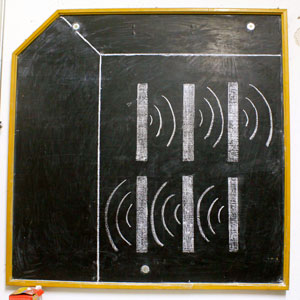 The studio walls are made of bricks and bricks are porous, therefore, what happens in one studio could affect what happens next door. With this thought in mind we develop a system for exploring the possibilities of a uni-directional communication. The performance is based in a series of rooms, with a performer in each, playing an instrument that is not heard in the room where he/she is but in the next participating room. The same procedure happens in every room to form an installation that completes a loop where the sound of the last room feeds the first one. None of the musicians hear the whole sound produced.

The public may enter the sound loop at any point with an active presence, which may influence the musician and, potentially, change the sound message transmitted. We all feel an instinctive call to keep communication in flow. The idea is that even without knowing how it will be heard, each participant understands the importance in receiving the message, making the sound their own, and passing it on to their neighbours.

The performance lasts as long as the Openhaus hours but the participants are free to perform whenever they want, attending or not the call from the neighbours. 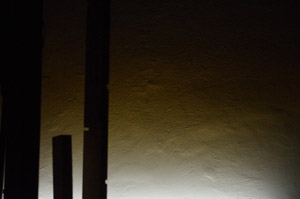 Heather Pringle shares the beginnings of a project at ZK/U looking at cyclical processes of demolition and 'rehabilitation' in social and public spaces, and how the public and singular body features. The first steps are activities in, on, above and around unfixed structures. 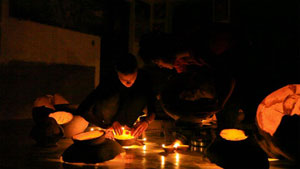 Kristino Rav is a performance artist from Estonia who researches failure. Gabriella Hirst is a cross disciplinary artist from Australia who works with fragility. They started their collaboration during an artist residency program in Rajasthan, India in 2011, working with decontextualised materials and processes of ritualisation.

At ZK/U they have been experimenting with combining their respective approaches concerning material and body. For the Openhaus they will be undertaking the first stage of a new performative investigation into the tension between stillness and flux. 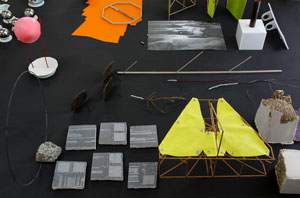 Mira Sanders & Cédric Noël present THE MENTAL MASONRY LAB.  An artistic project that invites the spectator to reflect on public space through exercises of the imagination. The work is in progress...

The project attempts to present a landscape of mass information as a layer of the world we live.

Some sources for magazine 002 - 004 will be shown at openhaus. Also printed issue 001 will be available there.