CTB-Lab is a site-specific format that implements CTB-Tools in a new context with the help of local partners. The aim of the CTB-Lab is to test transferability of existing tools but also to co-produce an entirely new one, taking into account specificities of the local context and improving its socio-economical and spatial situation.

It is a format provided by core members of the CTB-Consortium, addressing particular local challenges with existing CTB-platform tools while developing new ones in collaboration with cultural producers, local authorities, activists and academics.

CTB Lab aims at tackling challenges that have been left behind conventional in urban development or regeneration, underlying process-based knowledge formation and micro-urban interventions.

CTB Lab theme and method are co-created with a local partner, which helps choose adequate tools from the platform and propose week-long activity-plan (lectures, walks, workshops, etc.) with a vast variety of local agents.

CTB Lab serves as a capacity building format for locals, but also for members of CTB-Consortium. The practical step-by-step logic remains in the centre of this two-ways learning process, including all relevant factors from location search till funding difficulties. 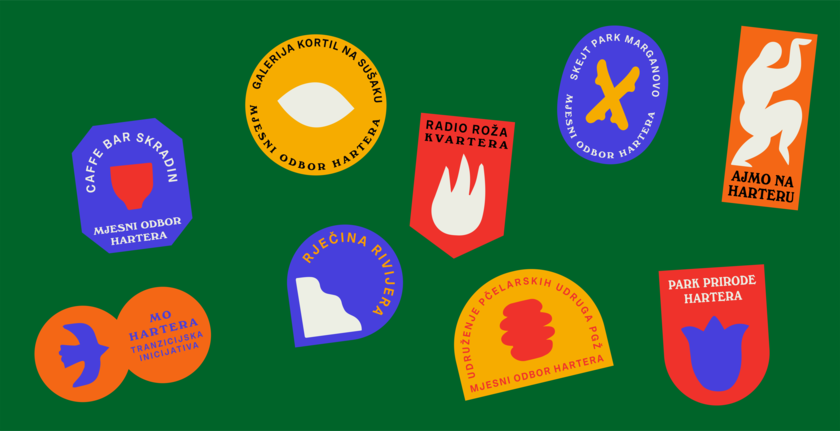 The third iteration of CTB-Lab has been driven with the question: How can we use hallmark-events (such as prestige ECoC title) to address the urban challenges that are systematically left behind or dimmed by entertainment spectacles, cosmetic infrastructural improvements and urban marketing?

Our main aim was to find a rather neglected urban area and join already existing actors active in the city, which is usually seen as a shrinking post-industrial port.

In collaboration with local partners we found out about the industrial pioneering area and once border of the divided city: Skoljic area, with the crystal clear river Rijecina and less-populated streets Vodovodna and Ruziceva.

The first challenge was to find an appropriate frame for the project, focusing on the needs of the local population and precarious cultural scene. In the framework of Sweet&Salt (one of the Rijeka’s 2020 flagships) and in collaboration with Goethe Institut Kroatien, Delta Lab Rijeka, as well as the local NGO Urbani Separe, we developed a holistic view on the Rijecina’s canyon and named it kvARTera.

This time, instead of applying a particular CTB-tool or a combination of them, we decided to develop site-specific ones deriving from the local context, constellation of project partners and after all local challenges. Out of the desire to create a fictive Local Council (Mjesni Odbor Hartera) as an imaginary ‘political body’ for this neglected and patchworked area, we started the so-called Dictionary of the Collective Action as a conceptual orientation and new content producer. In combination,f these two ‘tools in the making’ became the foundation for the project kvARTera.

kvARTera is a community development project with an aim to start multiple conversations about the future of the post-industrial ruins of Hartera (a former paper factory) and the streets leading to it. With support of various formal and informal actors from Rijeka, the project offers diverse development scenarios based on the idea of collective action, spatial appropriation/activation and neighborhood solidarity.

Selected micro-locations along Rijecina river are conceptually grouped around the idea of a collectively made dictionary where single ‘letters’ represent contested local challenges. Around those challenges new alliances have been formed, questions are being asked and conversations triggered. In the end, every single micro-location consists of a conceptual or imaginary letter, flag, tree and local organization who tests and activates it to demonstrate possible future scenarios.

This approach also allows gradual growth of the dictionary and partner network with the aim to reach a critical amount of active citizens at the end of 2020.Hopefully, these citizens can overtake the program in the years 2021-22 and advocate for a change of Hartera’s status-quo.