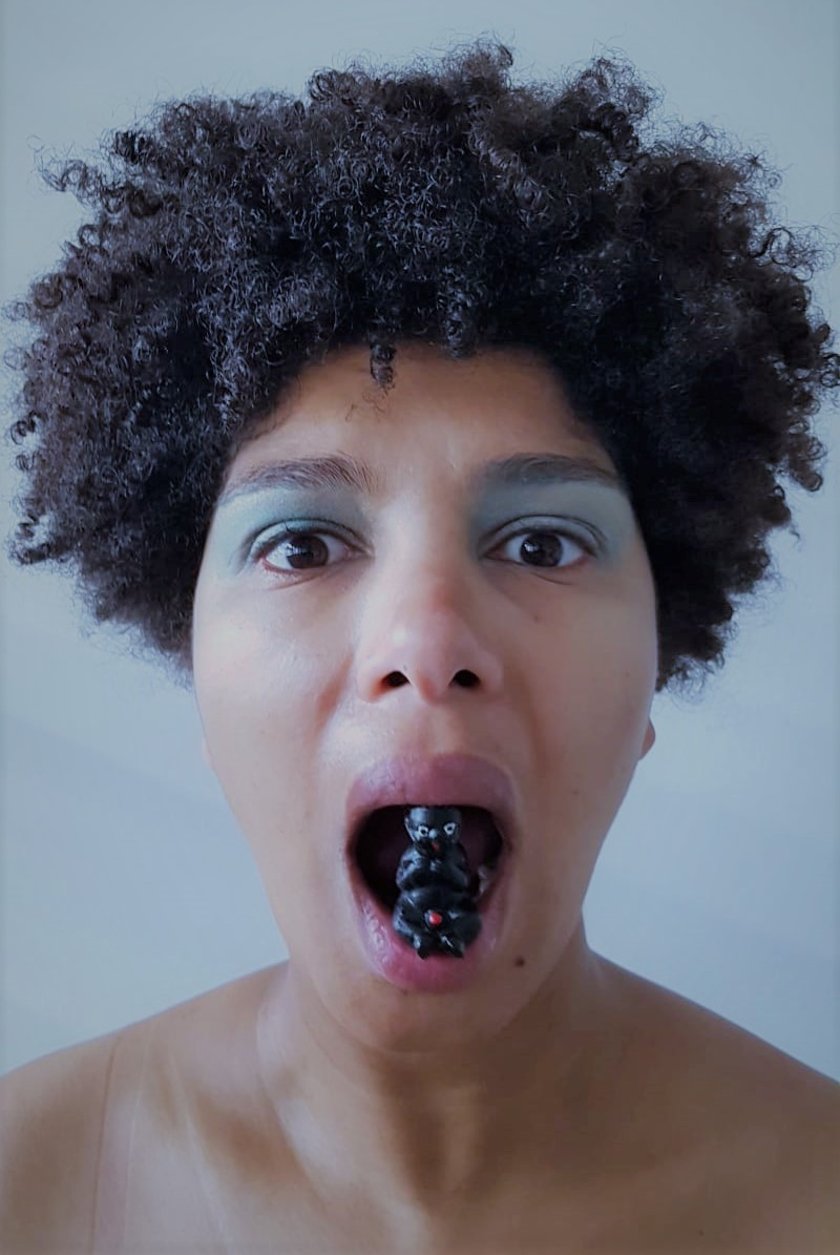 Melissa Rodrigues (Cape Vert, 1985) is an Art-Educator and Performer. She graduated in Anthropology at NOVA FCSH, specialized in Performance Art at Faculty of Fine Arts/UP and in performing arts at c.e.m. – centro em movimento in Lisboa. Furthermore, the artist is a member of the interdisciplinary research group InterStruct Collective and part of the programming team of the cultural association RAMPA, - a space dedicated to contemporary art and thought in Oporto whilst she works as a freelancer in the Educational Service of the Serralves Museum of Contemporary Art. Melissa is also part of the team of curators of the 3rd edition of the project Anuário  - Galeria Municipal do Porto. As a researcher in the areas of Anthropology and Performance, she has developed research in Visual Culture, Image and Representation, having co-created and presented in June 2017 the collective performance cabelo (hair) with the black feminist collective Chá das Pretas and during the same year she created the performance-conference: from submissive to political - the place of the black body in visual culture. Melissa is also an anti-racist activist and founding member of Narp – Núcleo Anti-Racista do Porto (Anti-Racist collective based in Porto).

Co-funded by the Creative Europe Programme of the European Union.