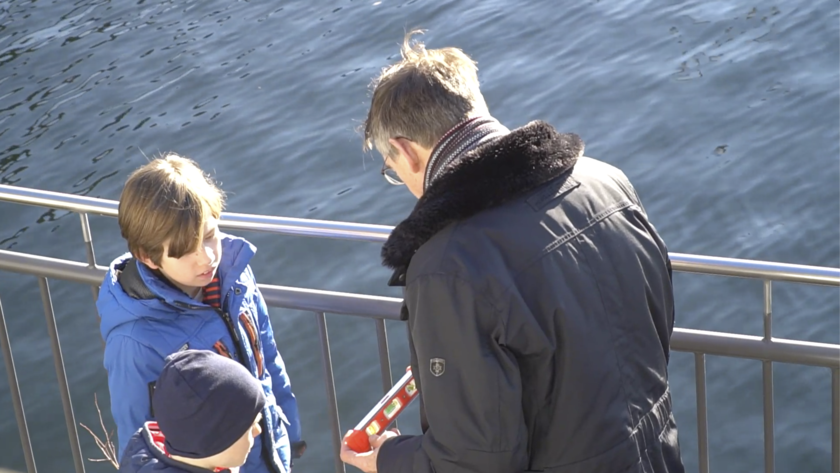 She's interested in working on creating ‘roots in which to stumble’ as a game that interrupts reality with a fiction that just continues to exist as reality itself. She approaches to elaborating the sensations provoked by the context she lives in is playful but it aimed to induce a reflection on certain social dynamics. Her projects are the result of research in finding out how space reacts to sensorial perception and randomness and it is developed in her practice through a various range of mixed media and formats. The starting point of her research on finding a dialogue with her surroundings is often an observation of the limit created by a mountainous relief, an important feature of her homeland. By looking at the line that defines the profile of a mountain, she started asking herself which could be its translation into sound. Can the sound that corresponds to it bring her back to the idea of that mountain?