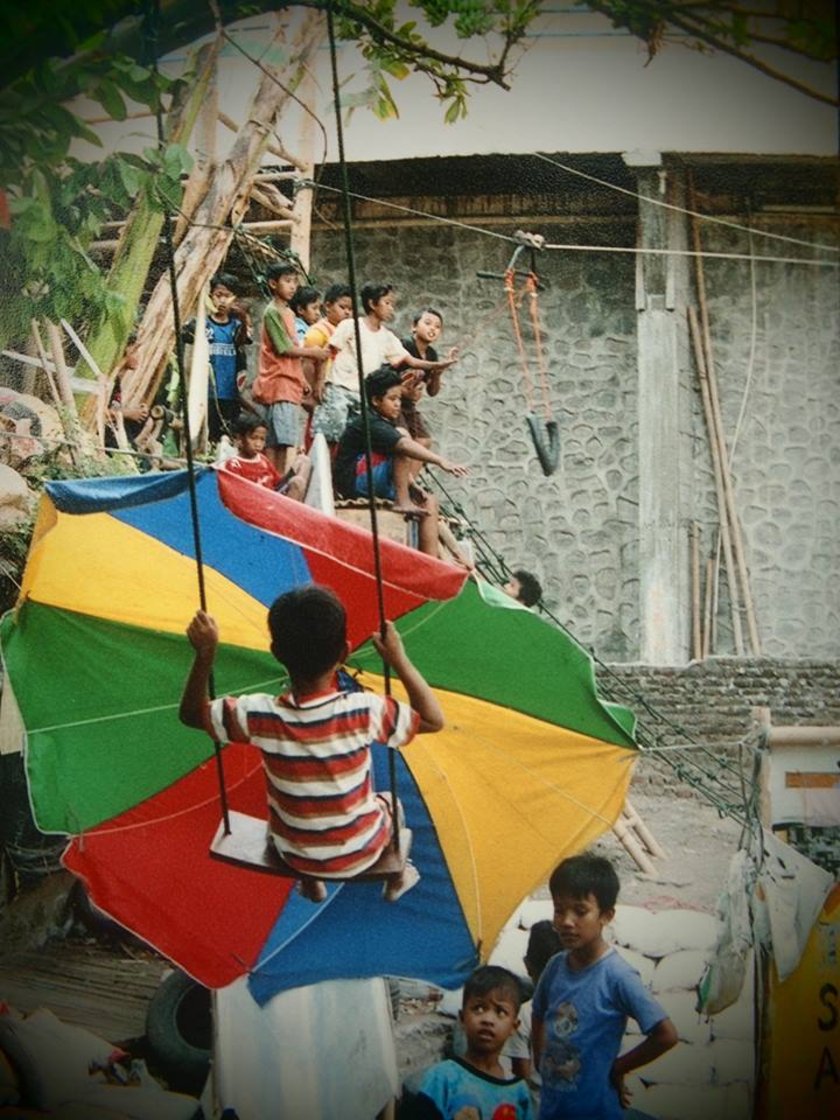 Hannah Ekin and Jorgen Doyle are artists and geographers who have been collaborating intensively for 5 years. Their work together deals with the politics and poetics of land use, involving extended periods of research into specific social, environmental, and political contexts. Ekin and Doyle look to complex urban environments such as Jakarta, Indonesia and Alice Springs, Australia, as sites where new visions and practices of emancipatory politics are needed and possible, working alongside activists, architects and researchers in an effort to produce and support these.

In Jakarta Ekin and Doyle work within a broad coalition of social movements, NGOs, artists, researchers, architects, journalists etc., concerned with the radical changes occurring along Jakarta's coastline - speculative real estate projects and large scale infrastructural projects responding to the slower environmental degradation caused by heavy exploitation of the natural environment of the coastal basin. Over the past 2 years they’ve been collaborating with two Indonesian artists and and an NGO, the Rujak Centre for Urban studies on a project called Ziarah Utara, or Pilgrimage to the North. This project centres on an annual 2 week walk along the coastline of Jakarta, staying in the different kinds of sites and settlements - traditional fishing villages, gated communities, historical sites, the port, social housing blocks - that make up this highly segregated coastline dense with histories. We use the walk as a way to open up questions and conversations, a research methodology whose artistic outputs thus far have included public forums and lectures, an exhibition and some video and installation works.

Making Art to Broaden Definitions of Stakeholders in Urban Processes