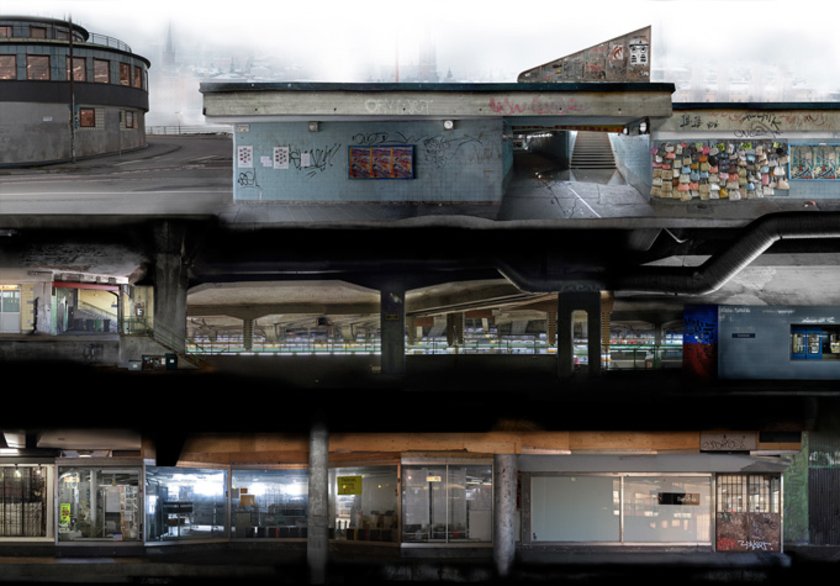 In the project – An Urban Anatomy visual artist David Molander is in pursuit of the essence of the urban centers. By the use of digital photography and animated films, he collects a documentary material of hundreds of photos and film clips that he dissects and reconstruct into large still- or moving images that can be placed between document and fiction. He cut open interiors, sample streetlights, stitch together pavement and gather parts of the city that although closely linked, seldom meet. Molanders work put emphasis on new relationships between architecture, social environment, living memory and the humans within it. David Molander has been studying photography and film at Harvard University and has a BA in Rhetoric and a BA in Art history from Uppsala University. He graduated 2010 with a MFA from School of Photography in Gothenburg/Sweden and has since then exhibited his work in venues around the world.