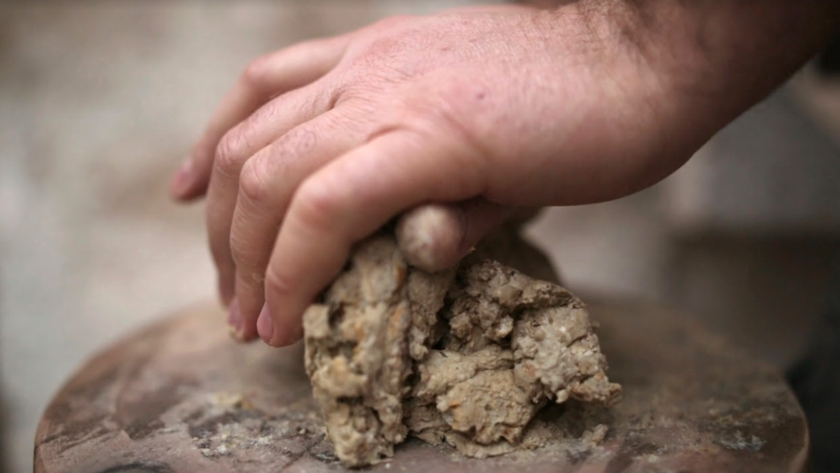 ‘Actually both are one and the same; it’s all about interest in the earth. You deal with soil in both, after all. This goes for our profession of pottery, and for cultivating the earth, raising crops. It’s about passion for the earth, the desire to create and experiment.When you come here, the whole world stays behind; it’s a chunk of time you reserve for nothing but yourself. We enjoy ourselves, take pleasure in what we do, and then leave. ‘
Mehmet and Levent Düzgün-İkizler, Ceramics Workshop

The work were produced in collaboration and with the support of Pozitif-cappadox / 2017.
The stipend of the Senate Department for Culture and Europe is made possible in the frame of a cooperation between the neue Gesellschaft für bildende Kunst (nGbK) and the ZK/U – Zentrum für Kunst und Urbanistik in Berlin as well as DEPO in Istanbul. 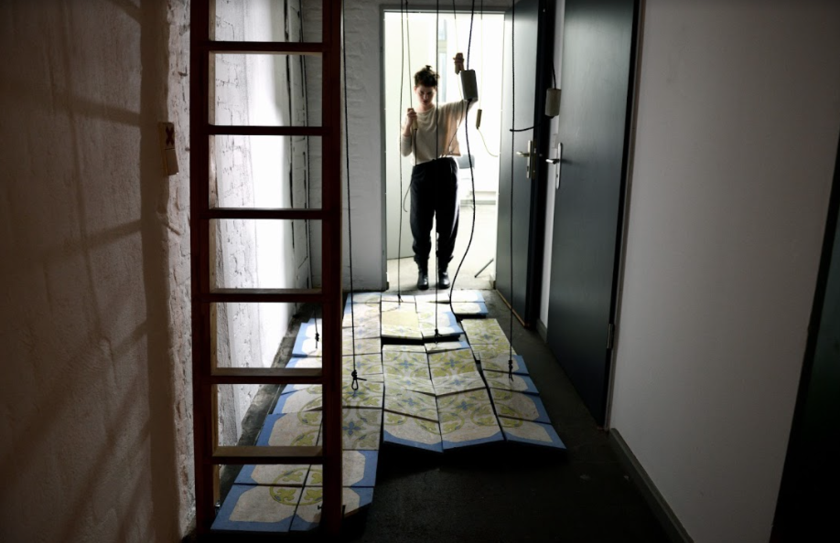 During her 5 months residency at the ZK/U, Heyne will build an interactive architectural installation, inspired by transformations of materials and building styles caused by migration and refuge between Europe and the Middle East.
The interactive nature of the installation invites the viewers to experience the piece through their body. Home Taxidermy looks at the attempts of individuals and communities to rebuild their homes in a new place, and asks questions about the possibilities of preservation and restoration in the context of home and identity.

Mano Leyrado shows how he construct himself through the other ones and from his context. He archives people, relationships, media, data, as a way to develop the meta-narratives needed to construct an identity.

/ GENTRIFICATION (2019) / Installation
“What appears as the impact of “the continuous' sometimes overlaps with the violence of “to stop”. The courage of hopelessness introduces the dimension of reality as a devouring machine who feeds itself care-for-humanity. When the progress seems to be the next crisis, we need to hurry up.
Establishing a circular environment, the degree of association is never measured by correlation. In these cases, the artifact works as a protocol that enables one thing to stay dynamic and paradoxical in terms of an essentialist approach. Only threw the repetition we can achieve the radicaly new. ” by curator Boris MHL 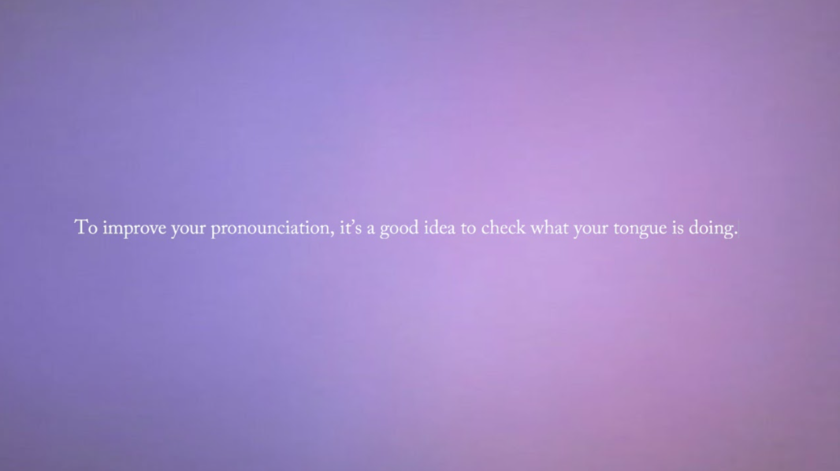 Artist Kate Fahey presents her ongoing research project examining how embodied encounters with drone assemblages can reconstitute the absented body in the military enactment of violence online. Her practice (video, sculpture, installation, writing) seeks to examine the ways the body is mediated in the human/machine encounter and attempts to express the complex set of connections between humans, machine vision and the dissemination of contemporary warfare through our laptop screens.
She is interested in feminist post human, collective and fictional approaches to drone vision, specifically the military’s uploads to YouTube. Her video (work in progress) entitled if, then, is loosely based on the idea of a conversation between a human and a medical scanning machine. It explores how language and images are utilized by the military in their YouTube playlists to erase the body from their verbal and visual rhetoric online 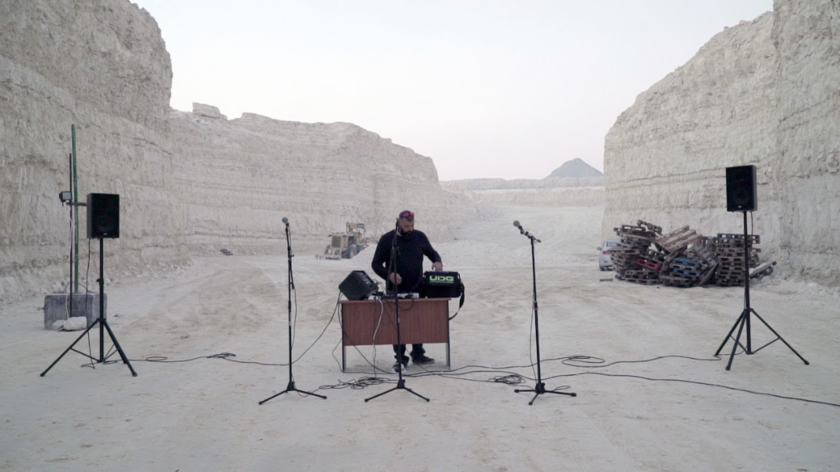 The film ‘Nocturne for Pit Orchestra’ documents a live performance conceived for The Bahrain National Quarry, involving the site’s laborers as performers – a project by Ilaria Lupo with Rabih Beaini. The project digs into dynamics of music-making in the history of migrant labor in the region while exploring the intermingled layers connecting the quarry’s identity with the socio-economic shifts in 20th century Bahrain.

Beaini involved the laborers in a process where an array of influences were explored - based on a research on the Fidjeri. This music used to be performed publicly by the pearl divers. It embodies a pivotal history of labor, with blends from the Levantine, Persian, East African and South Asian basins. The performance took place at the quarry - still operating - opened to the public for the very first time.

Helen King presents a new installation work entitled Memory House: Play in the City. This work is inspired by King’s current research focused on urban green-space in Moabit, Berlin. Through the practice of walking, King has identified several areas of interest such as: Fritz Schloß Park, Union Park and Ottopark. These spaces are a nostalgic reminder of King’s childhood and her interest in these spaces is underpinned by the academic works of thinker such as Aldo Van Eyck and Paul M Friedberg. 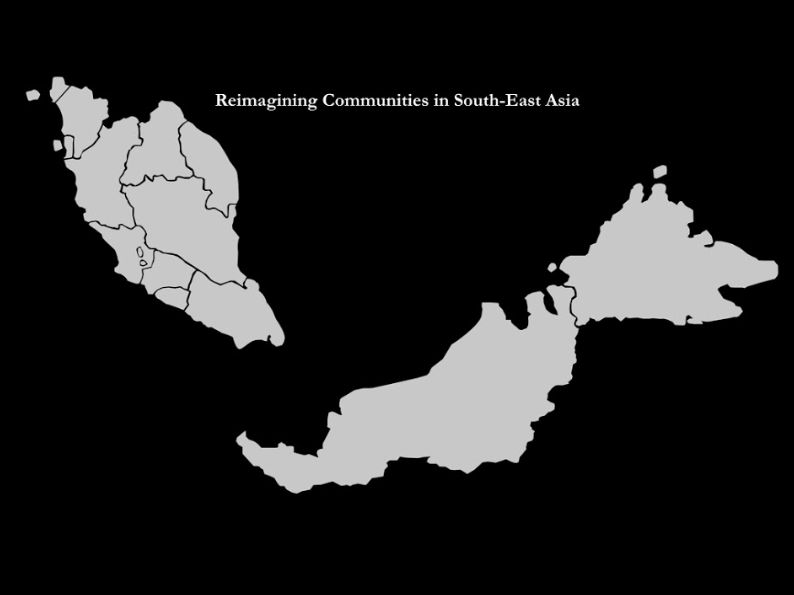 Asma’s research interests are focused around the intersections between spatial design and the cultural and political definitions of public space, grounded in empirical research in Malaysian urbanization processes.
During the residency at ZK/U, Asma seeks to explore the tensions between the ‘village’ legacy and urbanization discourses in Kuala Lumpur as a spin-off of her ongoing co-authored book project. With concerns on ideology and politics of space, and questions like how the ‘village’ claim captivates us and to what extent it is reinvented.

Maps do not merely present the world but re-describe it. They can provoke new perceptions of networks, lineages, associations and representations of places, people and power. They not only have the ability to produce spaces but also social relations. As a tool to narrate past and present spatialisations and relations as well as to project desires and future urban visions; the power of maps precisely lies in their ability to ‘do work’, to create and transform understanding of- and places according to the subjectivities and wishes of those who make them. Thus, they follow tactical considerations and serve strategic interests.
In partnership with ZK/U and the ZK/U Fact Finding Committee #2, students of architecture and urban design explored the potentials of mapping as a tool for inspiring and orienting collective designs. In envisioning future scenarios for ZK/U the proposals aimed to lay out a variety of possibilities and ideas for strengthening ZK/U’s role as a socio-cultural centre in the context of the Moabit neighbourhood, Berlin and/or the world. 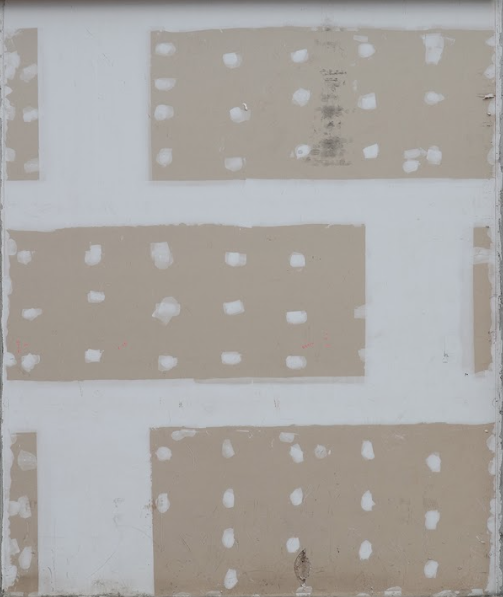 The sheetrock painting series is based on photos of plastered and uncoated sheetrock panels taken in construction sites in different locations internationally. They reflect on the contributions that construction workers, many of whom traditionally are immigrants, make to societies around the world. They also address the role ofconstruction worker as artists whose masterpieces, similarly to Leonardo’s “Battle of Anghiari” allegedly hidden behind a wall in Palazzio Vecchio in Florence, lay hidden under coats of paint in apartment buildings, houses, Institutional offices, malls, businesses and churches all over the world. These works also reinterpret principles from the abstract expressionist movement and those found in the work of Mark Rothko.
For Openhaus, I will be showing a large painting made of 6 canvas panels, based on a photo from a construction site belonging to the commercial center Plaza San Miguel in Lima- Peru, and will also show smaller paintings based on photos taken in construction sites in Berlin. Besides these paintings, will also be showing photographs portraying urban developments in Puno-Peru establishing parallels with Berlin’s urban development from the last decades. 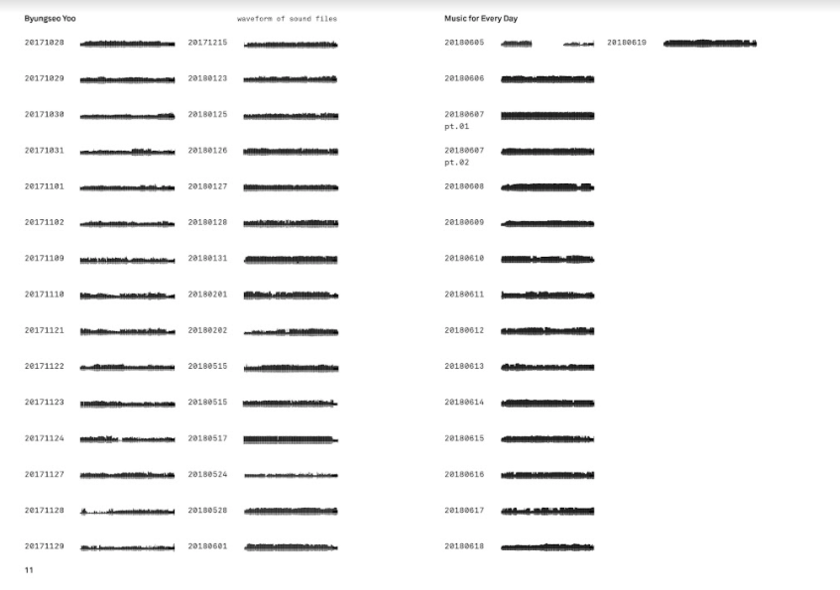 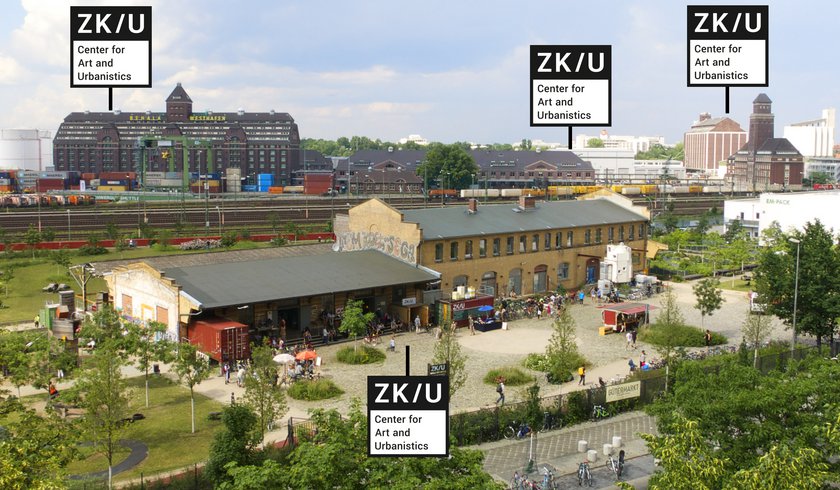 ZK/U is currently commissioning so-called fact-finding committees with the inquiry into the needs and requirements regarding the building’s future usage. In the framework of the second fact-finding committee (Nov 2018–Feb 2019), ZK/U was looking for heterotopic uses and places that arerelevant for the 21st century and that can help shape the future of ZK/U. Underlying this inquiry is a planned spatial extension of ZK/U’s building. The “Fact-Finding Committee #02” focused on the question of how climate change could affect ZK/U as a socio-cultural place, and what role ZK/U could play in the face of climate change. Speculations about ZK/U’s future needs and demands revolve around

At OPENHAUS PLUS the findings of the “Fact-Finding Committee #02” will be presented in form of a booklet published by ZK/U press, together with two artworks by Clara Bahlsen and Johannes Büttner

Bastian Hagedorn, which were commissioned in the framework of the “Fact-Finding Committee #02”.

Lecture as part of the OPENHAUS+
Kuala Lumpur: The Public Space Profile