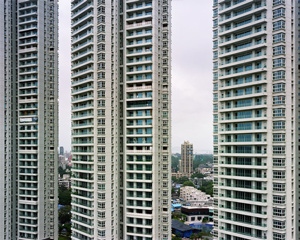 During my time in Berlin, a city constantly reinventing itself, at the residency at ZKU I have been investigating the urban landscape, in particular temporary structures, be they ruins or buildings under constructions – small pieces of history in suspension. This urban landscape is temporary but somehow appears permanent; some of the buildings have been veiled for more than 10 years.

I have been thinking about architecture and memory inspired by the absence of architecture, the city in transition, wondering about the permanence of things. In this series of works I’m trying to preserve a bit of that ephemeral state.

The white or colorful screens of PVC material that are meant to look like real structures transform the city into a canvas, a backdrop for something to happen, a theatre stage for the passers-by and the accompanying street sounds.

The buildings lose their scale in relation to the surrounding objects, or the other way round, the real becomes somehow enhanced when viewed in contexts defined by the prevalent white PVC sheets that cover scaffolding, as if developers were especially creating these white gaps in the urban landscape to provide photographers with backdrops.

I’m fascinated by the interplay of the real and the artificial. The developers’ intervention in the architecture creates the unintentional result that the temporary veiling stands in for and replaces the architectural structure.

I wonder what would happen if the whole city was covered in white. 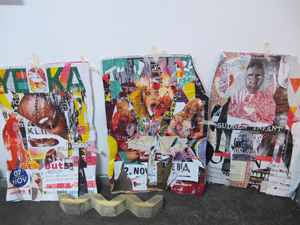 “I enjoy collecting posters as I feel that posters are a representation of the city. They function as a document. This is exemplified in the date and the events that are reflected on the posters. I admire the way that posters are hung in Berlin. This often takes the form of a layering, where posters rest on top of each other.

In the project Digging Berlin, I peel off the layers of each poster I collect. In the process I reveal what lies beneath, remnants of the past.” 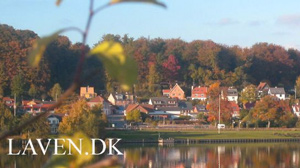 For a two months residency at ZK/U, Birgitte Ejdrup Kristensen will be working on a series of works integrated into the public space in the village of Laven, Denmark. The pieces will take form based on statistic research among the 400 inhabitants of the village.

The work will be presented by the project space bull mengers run by artist Line Sandvad Mengers who will be joining us for this Open Haus at ZK/U. Line will introduce a few projects by bull mengers followed by an introduction to next years project by Birgitte Ejdrup Kristensen. 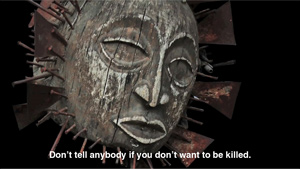 Being experienced with working with different media for a decade, I have realized it is now time for me to set up my own news agency, which I am going to build at ZKU. I have learnt that it is better to show more horror stories to attract a bigger audience. That’s why for the starting point I choose a film about my terrible adventure in Africa.

An experiment with the possibilities of multimedia cartographic representation takes place through personal experiences and interdisciplinary approaches connecting two remote territories. One is Complexo do Alemão (=“complex of the german guy”/ “german complex”), a group of 16 favela communities located in Rio de Janeiro, Brazil, and the other is Berlin, Germany. The way I inhabit Alemão, being now in Berlin, and vice versa, being a sort of stranger in both places, leads me to some other kind of “territory”, yet to be explored (and shared) as both places relate to each other and recombine or remix in image, imagination, sound, text, conversation, history, fiction, telepresence: “synchroni-cities” in progress…

On the "open haus" at ZK-U Nassif will seat on the floor in one of the corners of the basement and make soft experimental improvisations with a small Bansuri flute, as a street musician without sound amplification. 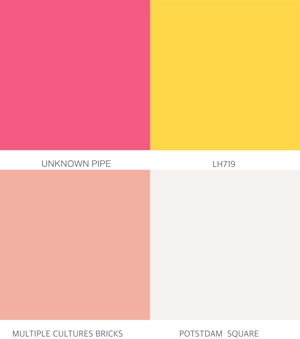 Kyung-Lae has been researching the environmental colours in Berlin and she uses these colours in her works. The colours are from her personal view, with the eyes of a woman who come from Far Easten Country. She takes pictures with her camera and picks up colours.

This time she wants to collect different views from people who are from different country, based on Berlin, using the method of survey.