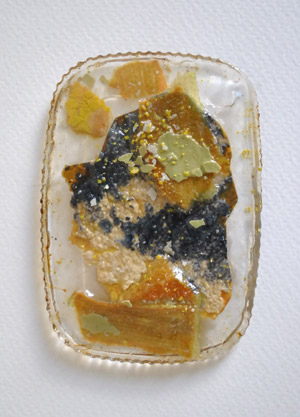 The system of work consisted of developing a reflexion about the artistic work process, understanding it as an evolutionary process where the intention is the research, the experiments and mistakes, the constant movement, shaping a logic of "something" indeterminate. This reflexion develops a fictitious system for which I generate works, where finally the interest relapses into the process itself. 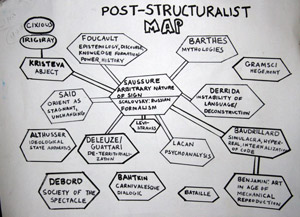 An immersive performative lecture and dance insurgency, people entering into the space will receive post-structuralist fun packs which will activate an onslaught of “theory tidbit performative modules” from the Theory Monster.  The evening will be divided into three parts: (1) Greatest Hits of Postmodern Theory (2) Queer Mutiny and  (3) Occupy Wall Street punctured by periodic outbursts of barbaric movement.

POYAIS GROUP is the pseudonym of an old cat that will almost certainly perish if anyone even looks at it. POYAIS GROUP expects a certain restraint to be shown by others in this regard. For such kindness POYAIS GROUP is dutifully grateful and thanks all concerned from the bottom of its nearly spent heart. Furthermore, POYAIS GROUP registers a deep pleasure at the haughty indifference of its allies. Do they know they are its allies?  Are they aware of the POYAIS GROUP and of their unwitting affiliation to it?  Perhaps not, but as anyone can see, such concerns don't matter in the slightest on a day like today. 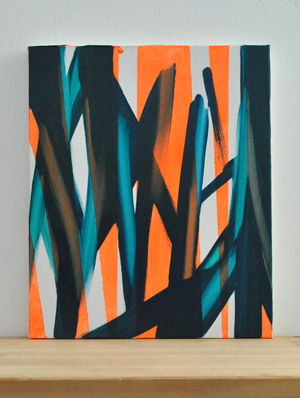 A gathering of drawings, paintings, objects, xeroxes, prototypes, models, writings and artifacts in search of movability and transformation. A collection of forms, gestures, and actions in attempt to sustain fluidity and spontaneity. Movables and portables, systems and processes, expandable and collapsible structures flip from enclosures to extensions of body and existing architecture. Thinking of hybrids, clusters, skins, shells, dwellings and parasites to claim and inhabit space differently. 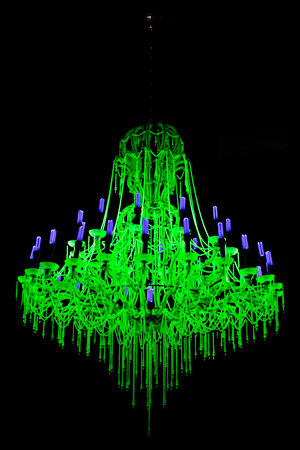 Crystal Palace: the great exhibition of the works of industry of all nuclear nations - Ken+Julia Yonetani

Crystal Palace: the great exhibition of the works of industry of all nuclear nations is a major installation project that emerged in response to the Fukushima Daiichi nuclear power plant incident

in Japan in 2011. The work is comprised of 31 chandeliers in total, one for each country that has operating nuclear power plants. The chandeliers are decorated with tens of thousands of uranium glass beads in replace of traditional crystals, and are therefore slightly radioactive. Normal lighting is replaced with UV bulbs. The radioactive isotypes in the uranium reacts with the UV to form an alluring yet eerie green glow. The viewer is prompted by total interaction, the connection between uranium, electricity, and radiation undeviating within a powerful aesthetic.

At ZK/U, Ken + Julia Yonetani will be exhibiting the final stage of this installation – the last 12 chandeliers in this series they have produced during their residency. Directly after this open studio, these chandeliers will be packed up and sent to Singapore to join the other 19 chandeliers already made. All 31 works will be then exhibited for the first time altogether in one large installation at the National Museum of Singapore, as part of the Singapore Biennale 2013.