20:00 Masaki Yada, "Con" temporary Art - Why is contemporary so expensive ? 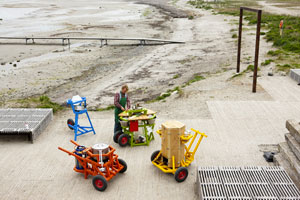 Jesper Aabille – a Mobile Kitchen the town of Køge, Denmark

The first Mobile Kitchen was built as part of an urban redevelopment plan in the harbor of the Danish town Køge. The citizens of Køge were invited to borrow the kitchen for a day to cook and eat together with their family and friends in the harbor. This object has been conceived and built as big cooking tool, a mix of toys and industrial kitchens, suitable for big crowd.

Another of these mobile kitchens is in the making here in Berlin. 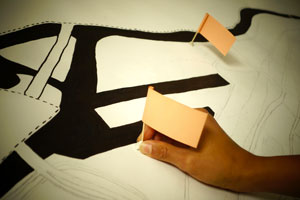 The story of the city is written not by the historians or the travel bureaus. It is written and told as its people interact with its places through the simplicity of everyday life. We construct the sounds and the sights of the city with our busking and street art; We give it personality by exchanging smiles, stealing kisses and slamming car horns; We draw the lines on the map through our paths to work... and so on. Our stories build the city, brick by brick, paragraph by paragraph.

An evening of interactive mapping will mark the beginning of a 4-month participatory human ecological survey of Moabit. All attendees are encouraged to flag the places of significance and insignificance to them around Moabit.

Angie has been researching narratives around refugees and asylum seekers over the past three weeks.  Her play  is still in the experimental stage.  It focuses on issues of identity as they relate to two women: one is the wife of a nationalist politician; the other is an asylum seeker.  One has too much the other too little, but both are seeking a sense of self.  Angie will show a few extracts from her play which demonstrate the different registers and voices that she is exploring.   Since the work is very new and constantly changing she would appreciate feedback from the audience.  The presentation will last for about 20 minutes. 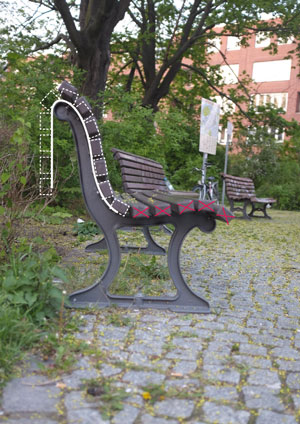 I want to test my future concept about relationships between human and objects, specifically in visual appearance layer, by using found objects or by adapting an objects form which common for public in Berlin. The final results will be an installation in one of ZKU’s room. 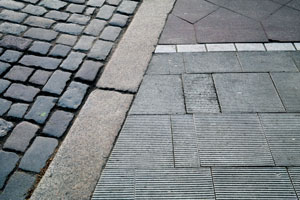 Notes on Texture is part of Sheraz Khan’s ongoing investigation of the sensation of texture in Berlin. Sheraz provides his ‘field notes’ on texture with two works made using photography, ink, charcoal and paper.

The photographic piece, “Look Down” is a set of 45 images documenting instances of texture throughout Berlin’s streets. The piece imagines the scales through which textures operate: while individual stones create texture through their arrangement on a street, each stone also contains a texture composed of even smaller pieces.

“Paperscape Studies” consists of three sculptures made with crumpled paper coloured with ink or charcoal. Through the application of colour, Sheraz highlights different aspects of the ‘paperscape’, suggesting alternative views on landscape and texture. 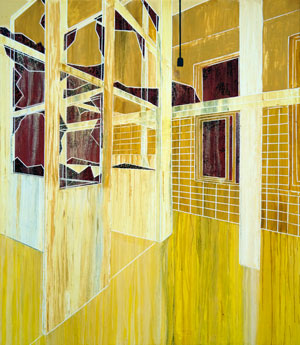 Through her residency at ZKU, Natacha Mankowski engages in news ways of thinking the ruin. From her architectural background, she uses new medias (modeling, 3D representation, photo-montage) to extend the limits of the traditional medium of painting.

Far away from our commercials representations of the built made of clean surfaces, blue skies and happy faces, she enhances the qualities of the space itself: no human presence but simply perspective, time, forms and pattern…to translate the trace of man through space.

From there, the space of the canvas is extended to the room that surrounds us, considering the exhibition’s space as a medium itself. 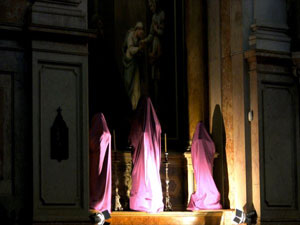 everyday.the.same.day is photography series that explores concepts of everyday life, closure, oppression, failure, resistance… it’s a trial out on people, space, geometry and the environment that surrounds us, how does it impact our perception and shapes our personality, considering the moment we live now, in Europe, with revolution, capitalism, fear and depression. Developed with local people in Berlin. To be continued in France, UK and Portugal in order to compare different answers, in different spaces and backgrounds.

The Bottle is a performance in which I have to drink a bottler of wine while speaking on God.

Support: project initiated during the 18th International Residency Studio Program City of Weimar/ACC Gallery, 'What happened to God', Germany, 2012, continued during the Writer in Residency City of Vienna, 2014, by Kulturkontakt Austria and BMUKK, Austria, 2014. 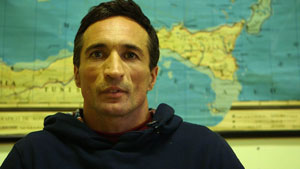 What does “community” means in a world supposedly without borders and barriers?

Is community an invention or a tradition?

The video of Kaya Behkalam, Das Schöne Land, showing the artist tracing his family's roots back to Iran, his Fatherland. On this trip his personal history gets intertwined with the objective one, as well as the concept of community gets divided between family and state, intimacy is put in balance with a greater history.

The animation of Can Sungu and Malve Lippmann is the final result of workshops with the children and the seniors of the “Kinderinsel” of the Turkish Community House in Frankfurt. It deals with the history of Turkish migrant labourers in Germany. Through the story of the elderly, the children have reconstructed a visual story by creating collages from newspapers of that time. Even in this case, subjectivity and objectivity are joined together through the oral narration of a community. In the video Breadmakers, Fedda analyzes the issue of diversity and disability through the creation of a "productive" society in which the term community is understood in its sense of inclusiveness.

In the video We are Back, shot in Rome during her residency at the British School, Fedda highlights the concept of community as something exclusive and non-guaranteed, something to conquer and to build. It relates the story of the occupation of the former Civil Motoristaion building in the district of San Giovanni. Fedda shed light on a new way of democratic conquest of space for the creation of self-organised community. 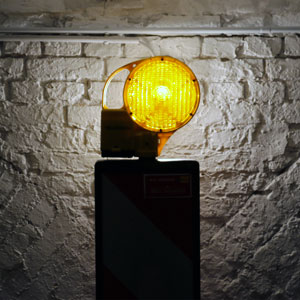 An investigation of the physical and psychological impacts of living in an ever changing environment.

Furthering their exploration of the transformation of the city, Studio Osk will create an installation from an assemblage of domestic items and construction paraphernalia representative of the global language of development. Exaggerating the contrast between permanence and routine versus impermanence and flux, these materials will be re-contextualised in order to exemplify the fluid materiality of the city and to examine the affect this has on its inhabitants.

The installation will be an extension of ideas relating to their main focus during their residency at the ZK/U, the construction of a public pavilion to provoke and engage the local social context. 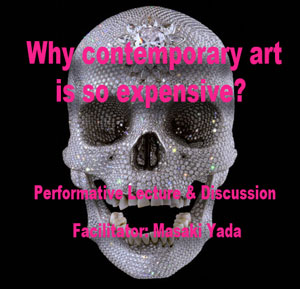 Why contemporary art is so expensive?

Performative lecture, approx. 20 mins. All attendees are invited to participate in the discussion.

The workshop purports to answer a simple question; why some of contemporary art works are so expensive? The talk given by Masaki provides a point of reference from which all attendees are invited to consider the question. The talk focuses on "value", drawing on various ideas found in Das Kapital by Karl Marx, which help clarify our understanding of the relationship between value and price. The talk is followed by a discussion, in which  all attendees are invited to participate. It does not require any prior knowledge to participate in the workshop.