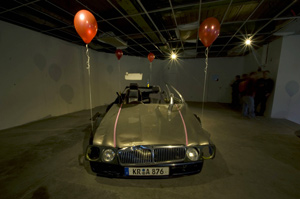 ‘We Were Promised Flying Cars’ explores the relationship between the post-industrial infinitude of work and the defetishisation of the motor vehicle; and ultimately questions the future of urban conveyance and the possibility of the ever dwindling dream of flying cars. 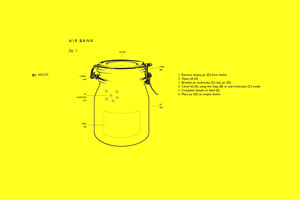 We live in an age of excess and over consumption; an urban sprawl of odours, tastes and sights that bombard and harass - its material plenitude, the crowdedness of it all conjoined to dull our sensory faculties. The age of the consumer. An age where anything can become a commodity and sold, if there is a willing buyer; In 2005 Angelina Jolie and Brad Pitt's "air" reportedly sold on eBay for £340.

Air Bank invites the gallery visitor to commodify their own air by breathing into a air tight jar, labeling and signing, and placing on a shelve. In the event that one day the participant becomes a celebrity or renown public figure, the signed jar of "air molecules" will be placed on eBay (and sold for extortionate amounts), all to the gain of the artist. 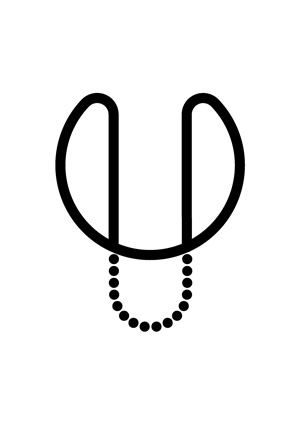 Responding to the problem of establishing meaning, both in the experience of art and of broader life, where meaning cannot be adequately recalled, Alasdair Duncan is developing a group of signs and photographic images, both found and made, intended to act across one another in a play of metaphor and metonymy, called The Meanings. This grouping of signs and images are conceived under the formula that the meaning is that there is a meaning. 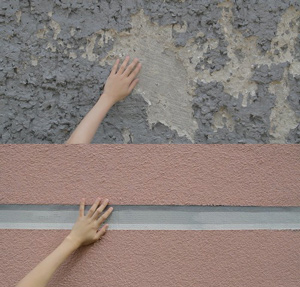 The time is neither future nor past. The place is neither East nor West. The design of our built environments begin with ideas, and these ideas are articulated in ways which may be conceptual, fuzzy, or imprecise. What we find is that the material of a city is actually immaterial at its very core. Our attempts to define rules for society precede every action, motion, or change in our urban environment, and our urban experiences can be altered when we change the manner in which we define a city.

The Singapore Psychogeographical Society presents a set of 24 speculative rules, schemes, methods, tools and instruments for the urban and social design of a city. 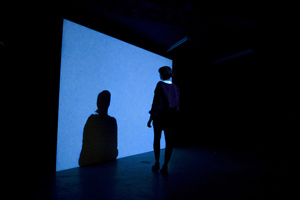 InFuture Memory of Oneself is an ongoing project in which Gamble attempts to post self written obituaries in local newspapers, whilst facing the restrictions and editing of scrutiny teams. As an ever-growing archive of successfully posted newspaper tributes, this durational project can be seen as a performance scripted by the documents received that enact itself over several years. 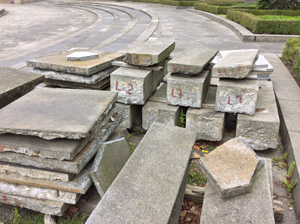 Daniel Jewesbury (Northern Ireland) presents a pamphlet and a collection of video sketches made in Berlin. He asks how we can defend publicness in the post-public city. Daniel is in ZK/U researching a film to be made in Belfast later this year.

The pamphlet is called Ich Sage. 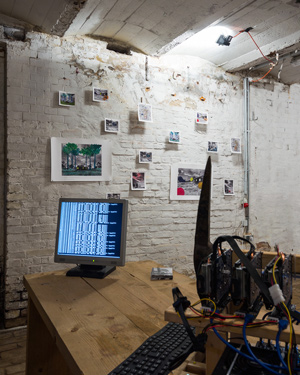 Maíra das Neves and Pedro Victor Brandão will present at the upcoming OpenHaus at ZKU one financial sculpture, named Gigante Minerador (Miner Giant), that was developed earlier this year as part of their project the þit, whitin the Archipel in√est, curated by KUNSTrePUBLIK for Urbane Künste Ruhr.

Gigante Minerador will be on display, working online, producing heat and mining cryptocurrencies on the site. It is one part of the model developed and applied as the þit in Oer-Erkenshwick. the þit is a self-sufficient system that produces natural and financial resources for the local community use, from April to August, 2014.

In addition, they will show for the first time the prospections they have been working on while in the residency. A set of painted photographic proofs will be on display, as a means to imagine the possible implementations of this model in Brazil, Gigante Minerador’s next stop.

For those interested in talking about financial models and cryptocurrency, or learning the basics in Bitcoin - like opening a wallet and making transactions - a workshop will be held before the opening, starting 17h30. People should bring a smartphone, tablet, or notebook to participate. 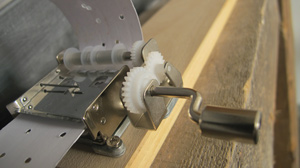 During his first month staying at ZK/U Budi started exploring Berlin as the capital of Germany and the largest city, with is 4,5 million residents from over 180 nations. Sound of the city is the first thing that attracted him all over the city: various different languages upon German and English, spoken simultaneousely during the day and fading at night. The panoramic view of the city, the people in it and the sound they produce, shape Berlin into an international city

Budi tries to represented this phenomena, capture the vibe and transform it into a global sound that represents a global community: the sound of Berlin.

Sumugan Sivanesan and Tessa Zettel are researching real and possible relationships between people, honey and time in this city. The artists invite you to join them for a behind-the-scenes sunset soirée with beesting cocktails and irregular currencies. Bring something to exchange (conversations accepted).

The Dead City and the City of the Dead