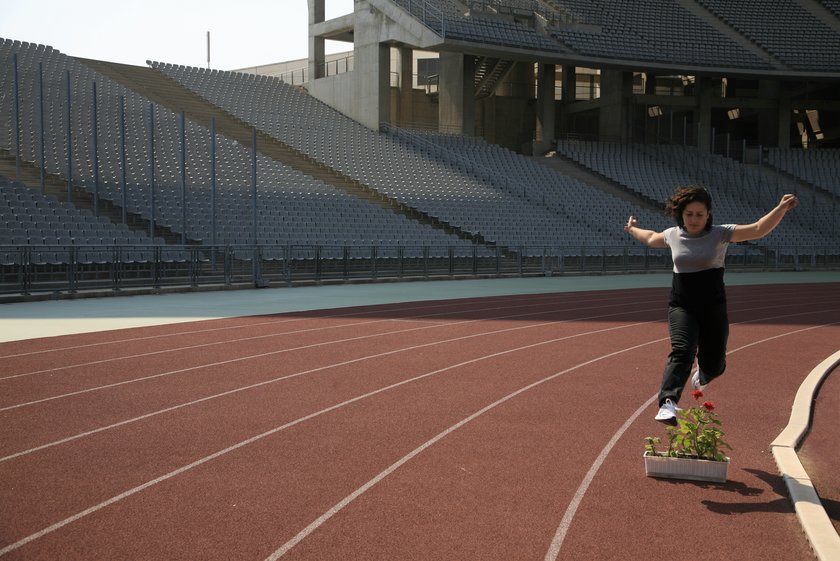 Lives and works in İstanbul. She received her degree in Ceramics and Glass from Mimar Sinan University. The artist Yasemin Özcan deals with identity, cultural policies, gender, esotericism and psychology. In her early works since 1990, she has taken an auto-ethnographical approach, analysing personal experiences in order to make cultural circumstances understandable. Özcan uses various media, including photography, video, sound, publications and ceramics.

Özcan’s works have been shown at institutions such as SALT Beyoğlu, WKV Stuttgart, Secession-Vienna, Arter, CCS Bard-New York, İstanbul Modern, Bochum Museum, DEPO and Ludwig Forum Museum. Recently she has been in Aylaklar, FKM(2017), Harbor, İstanbul Modern(2017), Dead-End of Bliss, .artSümer (2017), Kiev, Moscow and Beyond– 20 Years of Spring at DEPO (2015); Century of Centuries at SALT Beyoğlu (2015), This Secret World That Exists Right There In Public at Rampa (2014), What Is It That You Are Worried About?, RODEO (2014) in Istanbul. She attended residencies at Cite des Arts, Paris (2012), Can Xalant Center for Contemporary Art, Mataro (2009) and transfer, NRW (2006).

She was an artist in residence at Cite des Arts (2012), Can Xalant Center for Contemporary Art (2009) and transfer (2006). Along with Budak Akalın she was the set designer in Poyraz, a nominee at the short film category at the 59th Cannes Film Festival.