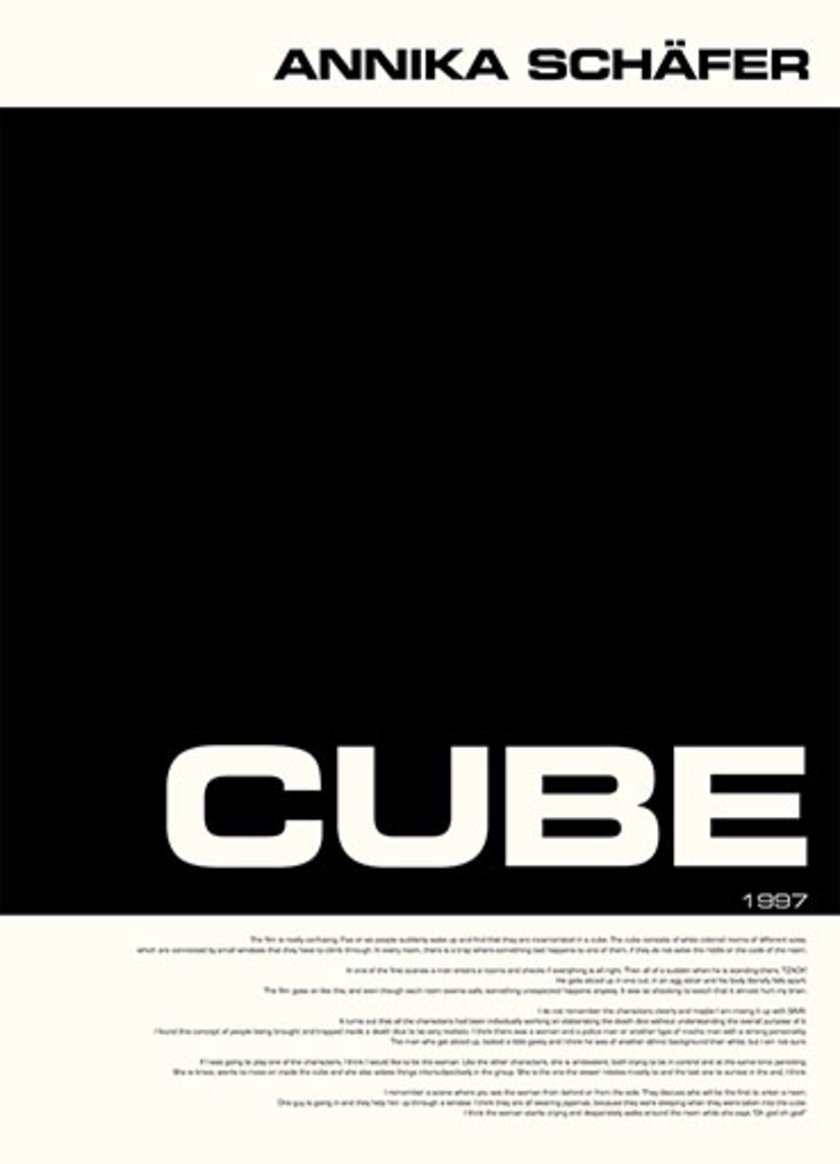 The film is really confusing. Five or six people suddenly wake up and find that they are incarcerated in a cube. The cube consists of white colored rooms of different sizes, which are connected by small windows that they have to climb through. In every room, there is a trap where something bad happens to one of them, if they do not solve the riddle or the code of the room.

In one of the first scenes a man enters a rooms and checks if everything is all right. Then all of a sudden when he is standing there, TZACK! He gets sliced up in one cut, in an egg slicer and his body literally falls apart.

The film goes on like this, and even though each room seems safe, something unexpected happens anyway. It was so shocking to watch that it almost hurt my brain.

I do not remember the characters clearly and maybe I am mixing it up with SAW. It turns out that all the characters had been individually working on elaborating the death dice without under­standing the overall purpose of it. I found this concept of people being brought and trapped inside a death dice to be very realistic. I think there was a woman and a police man or another type of macho man with a strong personality. The man who got sliced up, looked a little geeky and I think he was of another ethnic background than white, but I am not sure.

If I was going to play one of the characters, I think I would like to be the woman. Like the other characters, she is ambivalent, both trying to be in control and at the same time panicking. She is brave, wants to move on inside the cube and she also solves things intersubjectively in the group. She is the one the viewer relates mostly to and the last one to survive in the end, I think.

I remember a scene where you see the woman from behind or from the side. They discuss who will be the first to enter a room. One guy is going in and they help him up through a window. I think they are all wearing pyjamas, because they were sleeping when they were taken into the cube.

I think the woman starts crying and desperately walks around the room while she says ”Oh god oh god!”