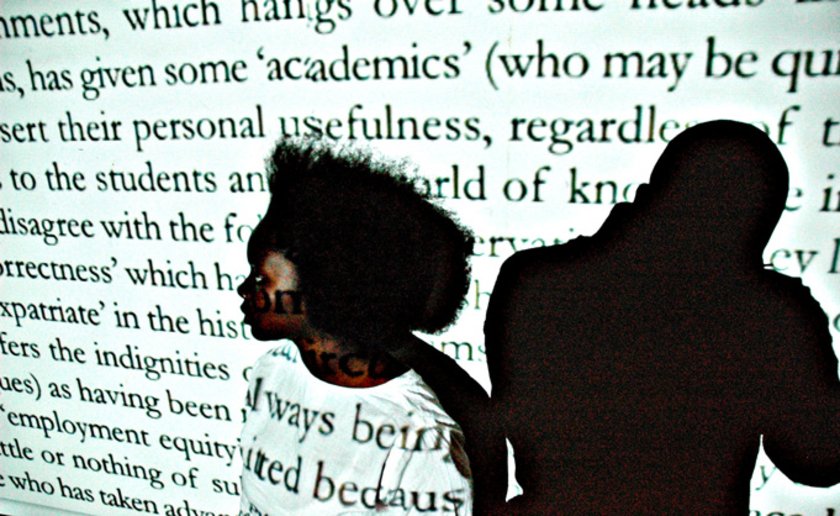 Rehema Chachage (Dar es Salaam, 1987) is a Mixed Media artist working mostly in video and sculptural installations as well as performance. She graduated in 2009 from Michaelis School of Fine Art, University of Cape Town where she received a Bachelor of Arts in Fine Art degree. Themes explored in her work are very much determined by her situatedness, but the most prominent ones are ‘rootedness’ ‘gender’ and 'identity’ explored in her earlier works from the point of view of a stranger, the outsider, the other, alien and often voiceless—a feeling gathered from the social alienation she experienced in the four years spent as a ‘cultural foreigner’ and a non-South African, black female student in a predominantly white middle-class oriented institution. Of late, her interest in these themes have steered her in the direction of exploring rituals as valuable tool for reading into social norms and tensions, including the woman’s identity, gender relations and subversion. Her solo exhibitions include 'Haba na Haba' (Michaelis school of Fine Art, Cape Town), 'Chipuza' and ‘Mwangwi’ (Goethe Institute, Tanzania), and ‘Mshanga’ (Nafasi Art Space, Tanzania). She is one of the selected 42 African artists to participate in 2012’s Dak’art Biennale of contemporary African art. In 2013, her works were exhibited in the 18th International Contemporary Festival Videobrasil and this year (2016) at the Cape Town Art fair.