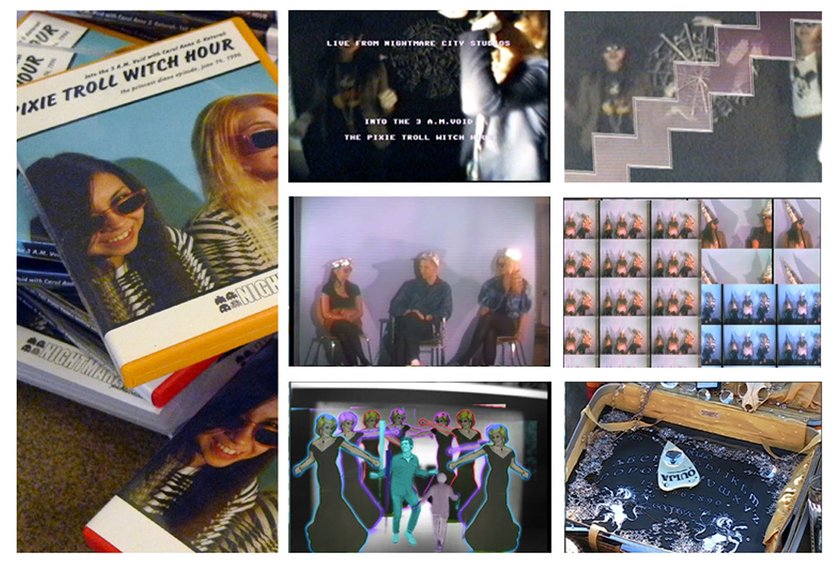 IS/WAS/WILL BE an interdisciplinary collaborative project renowned for their video art and installation works such as 'Daisies,' 'Welcome to Art School,' and 'The Pixie Troll Witch Hour: Into the 3AM Void with Carol Anne & Keturah.' According to NIGHTMARE CITY we live in the present; which is simply to say we live in a version of the future past. As such, we enact the end times, always, forever, in perpetuity. Therefore, we look backwards and forwards simultaneously through all forms of obsolescence-be it outmoded video technologies, passé forms of occultism, the pseudoscience of astrology, or redundant and ineffective political/cultural movements. Inhabiting these forms, we enjoy a cathartic placebo in a world where action is rendered a meaningless or idle gesture through endless repetition. NIGHTMARE CITY is a California-based project. They have exhibited their videos, installation and performance at spaces including Queens Nail Projects in San Francisco, the NEXT Fair in Chicago, and Vox Populi in Philadelphia. They each received an MFA from California College of the Arts in 2006 and attended Skowhegan in 2011.