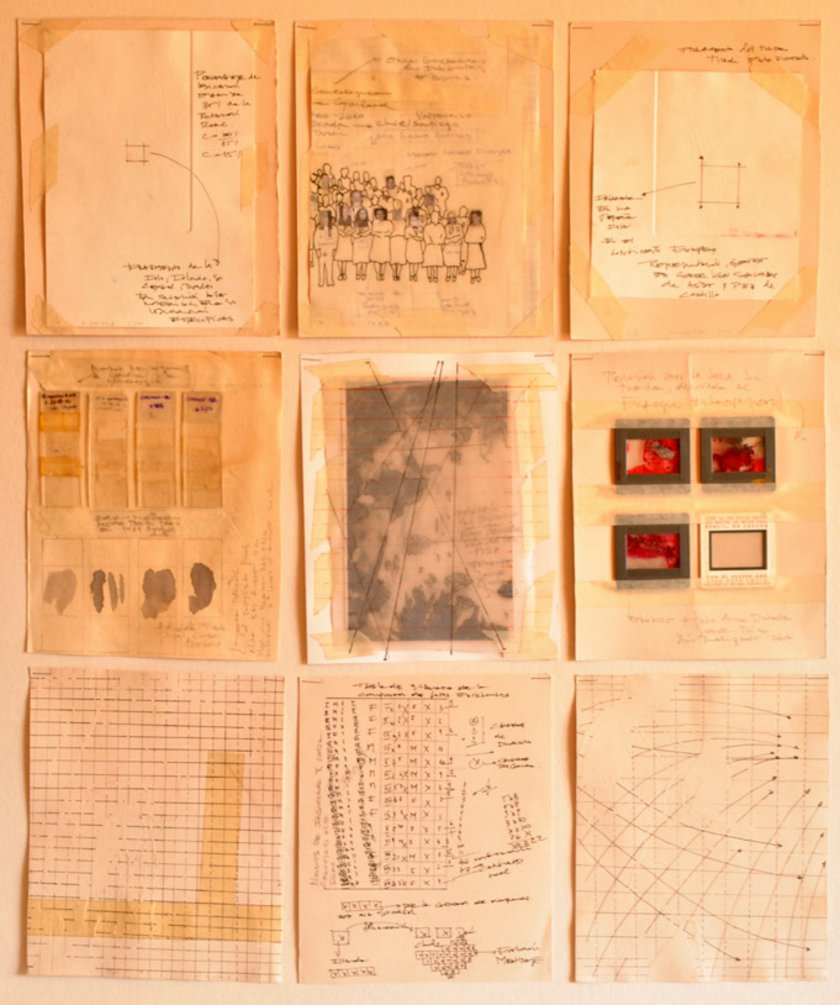 Melanie Garland's work consists in building a reflexion about the process of the development and formation of the artistic work, understanding it as an evolutionary process, where the intention is the research, the experiments and mistakes, the constant movement, shaping a logic of "something" indeterminate.