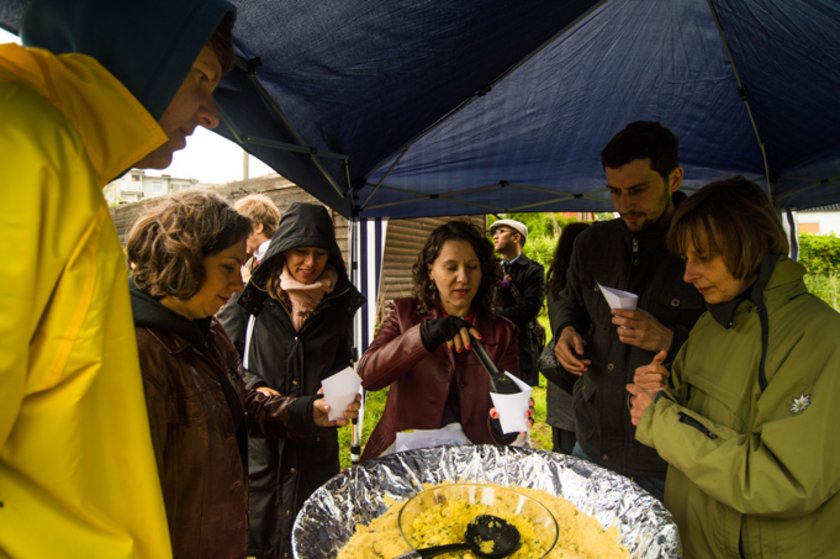 She is artist, translator, foreign language teacher, and witchcraft apprentice. She develops actions, apparitions, and gatherings. She is interested in triggering collaborative practices as well as in nourishing the unknown we wish to make exist. For that, she helps to establish non-hierarchical networks of artists, activists, hackers, and people from surrounding communities. She experiments with modes for financing, supporting, and developing cultural activities, while blurring the borders of public and private spheres.

As Agent Spæacil of Agência Transitiva, she organized and participated of four co-living experiences with art groups and initiatives from different cities. She also helped throwing a "gira" party to evoke Cara-de-Cavalo in the 50th anniversary of his death. He was the outlaw who was brutally murdered by the police in Rio just before the military coup, and also who is depicted in two of Helio Oiticica's works.