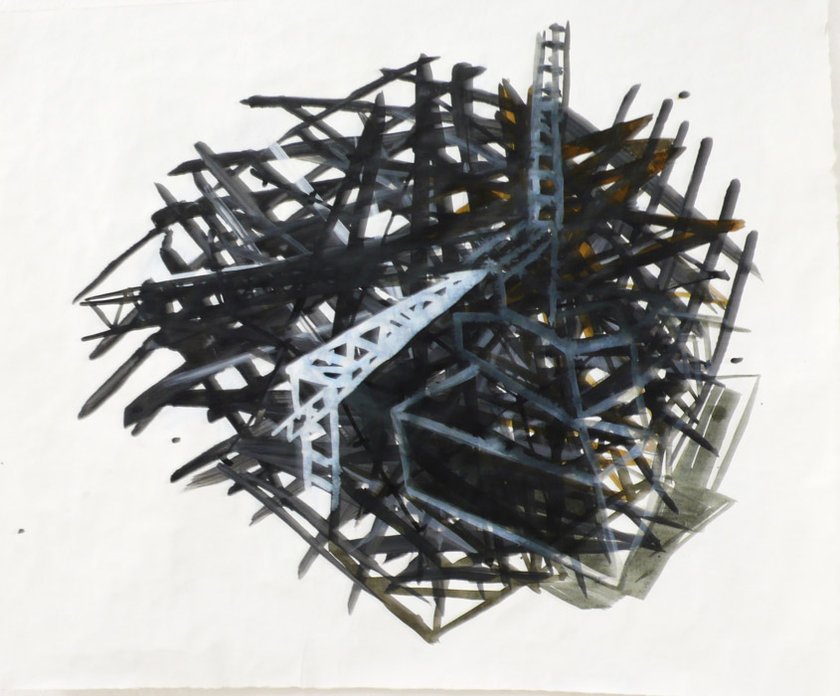 Landon Mackenzie is based in Vancouver where she is an artist and Professor in Visual Arts at Emily Carr University of Art + Design for over 25 years. She is best known for her large format complex abstract and mapping paintings, which have been shown in many exhibitions including Tracing Mobility – Cartography and Migration in Networked Space recently at the Haus der Kulturen der Welt in Berlin in 2011. Mackenzie has a degree from NSCAD from the early 70’s during the period when the Halifax school played a central role in Conceptual Art and she turned from these practices to painting following her MFA at Concordia University in Montreal and was recognized in the New Image Painting movement in the early 1980s. Her large pictures have been shown in over ninety solo and group exhibitions in Canada, USA, Europe and Asia and her paintings are in several museum and significant collections including four Canadian Embassies. Most recently she was the subject of a large solo survey of her work at Calgary’s new Esker Foundation. As the recipient of the Ian Wallace Award for Excellence and the Queen Elizabeth II Golden and Diamond Jubilee Medals, Mackenzie has been recognized for her contribution to culture in Canada. Art45 represents her work. (www.art45.ca)