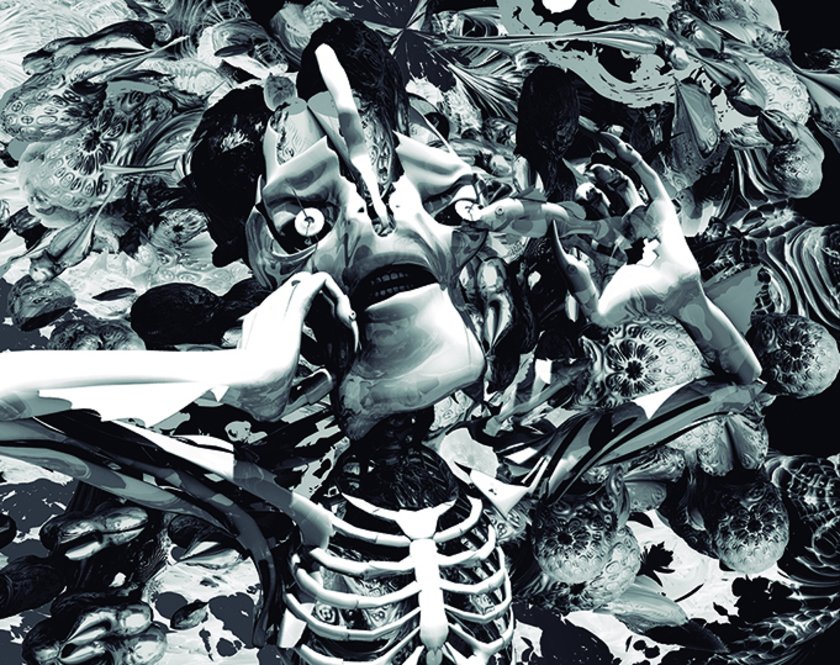 During the residency at ZK/U Julian Bonequi will work on the development of "The Death of the Anthropocene", a radio drama inspired on sci-fi movies, developing the 3D graphics and sound for the live performance in collaboration with Deutschlandradio Kultur – Hörspiel/Klangkunst and CTM Festival.
“The work imagines a series of one-on-one encounters between ordinary people and mysterious visitors. Mutants, composite human-robot-animals, aliens... these visitors are met with aggression, incredulity, shock and disbelief as they repeatedly paint grim pictures of the future of humanity.” [Juror Ole Frahm, about "The Death of the Anthropocene"]

JULIAN BONEQUI (Mexico 1974), is a hybrid artist specialized in electroacoustic music and 3D narratives. As musician he has performed under the conduction of the London Improvisers Orchestra, Berlin Improvisers Orchestra, William Parker, Tarek Atoui, Vagina Dentata Organ, and with Ute Wassermann, Paal Nilssen-Love, Gudrun Gut and Joachim Irmler among others. In 2015 his music was launched into space by the australian project “Forever Now” alongside artists as Pierre Henry and Mats Gustafsson. Founder of Audition Records [Berlin-Mexico], as guest curator has worked with Akouphène Festival in Geneva; Salon Bruit in Berlin, and in Mexico with the Ex Teresa Museum and with the Center of Digital Culture. As a professor has taught new-media art education in Mexico City, and in the Master Degree of Animation of the Polytechnic University of Valencia, and of the Pompeu Fabra University in Barcelona, where he has collaborated in Research Groups of Interactive Technologies and of Neurocience working with Mixed Reality. Bonequi currently works on his first 3D Opera with the Support Program for Production and Research in Art and Media of the National Centre for the Arts in Mexico City, as well as coordinator of the artist-in-residence project produced by Audition Records at his studio.

The Death of the Anthropocene