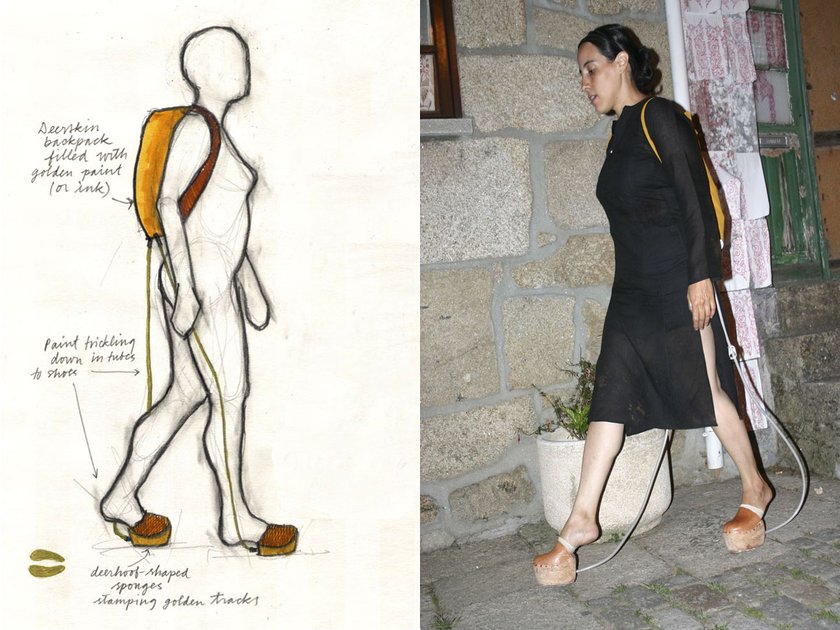 Ilya Noé is a visual/performance artist, curator and emerging scholar. Born and mostly assembled in Mexico City, Ilya has since expanded her zone of propagation by intermittently popping up on all sides of the Atlantic and the Paciﬁc to trace lines and build spaces by hand and on foot. Currently trying to stay a-pace and in-place as she concludes her PhD in Performance Studies at the University of California, Ilya is interested in troubling the conventional opposition between theory and practice, nouns and verbs, art objects and performances, events and documents, originals and copies, settlers and nomads, the rhizomatic and the arborescent. Her dissertation focuses on situated, responsive and co-extensive art-making outwith normal hegemonic modes and structures by way of the simple acts of walking, gifting and collaborating as distinct modes of knowing and making. Ilya represented her country in Venice’s OPEN 2000, became a UNESCO-Aschberg Laureate in 2003, and a year later was recipient of one of Mexico’s National Young Art Awards. A special guest at the II European Landscape Biennial in Barcelona and twice at the International Biennial of Cerveira, she has been an artist-in-residence at prestigious institutions in Canada, Portugal, the United States, Germany and Catalonia. Her work is represented in European and North American public collections.

During her residency at ZK/U Ilya will be collaborating with Andy Houston and working on her curatorial project for the Month of Performance Art - Berlin 2013.