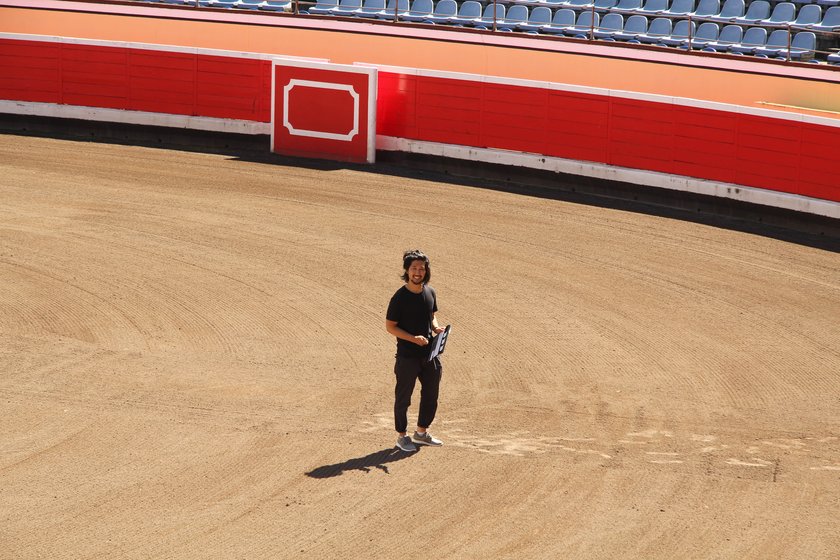 Kiwon Hong is a visual artist whose works reflect upon the relationship between the body, memory, space, and movement. His work encompasses video, performance, installation, and drawing.

Hong’s work was inspired by his perception of places like Disneyland as gallery spaces where machines and rides were presumed to be a type of moving sculpture. More recently, his work has expanded to include our entire society and environment as an open gallery where one can examine the relationship between space, body, and memory. Additionally, his work has been deeply influenced by the memory of suffering from paralysis of the lower half of body after a horse riding accident, as well as the process of recovery. The result being that his work is in a form that experiments with the mechanical and organic, the static and dynamic, the functional and non-functional, and the regular and irregular.

The recent project ‘Appassionata #3’ that Hong will develop in Berlin and La Corūna (2018) explores the ambiguous and unintelligible sphere of social memory or culture, the individual and his individuality, the boundaries between the individual and its external world, and the hierarchy between given things and accepted things.