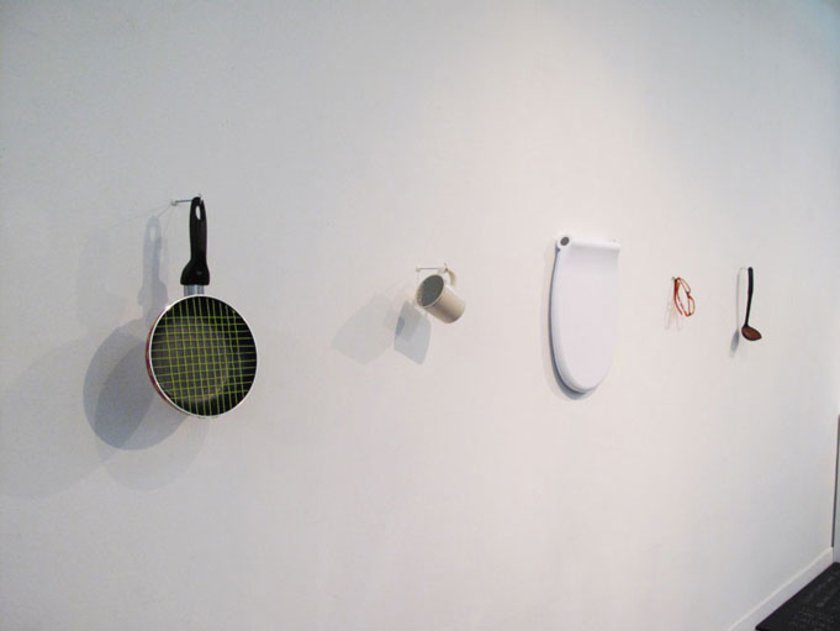 In the 8 years of my work I often borrow the form of everyday objects as the pattern of relationships between human and objects is the basic theme in my art. In the beginning this theme was focused on a personal matter which is the fetish side of objects around my daily life. Later on I try to generalise the case by looking at patterns of the human relationship with objects in terms of their functionality. From this relation, I eventually find the issues of the reality between humans and objects which becomes the concepts of my work to date:

"The production of too many useful things results in too many useless people." - Karl Marx

"Society of Sedentariness" - a society where people and their activities are dominated by their surrounding objects. Humans, who were originally the subjects in control, slowly become the objects in control by things with specific functions. These are the boundaries of thinking for my work in the last 6 years.

From the patterns of human relationships with objects within the limits of their functions, I want to see the next generic layer: visual appearance. The human memory of visual appearance when first identifying an object forms the subject matter that I use in my work. From there I hope to encounter new possibilities in my workmanship. My approach with this concept is by abstracting the form of the object that I borrowed, leaving only a small extent of its identity. To realise this I require a specific viewer in a distinct space or preferably a public space to establish individuality of the objects in my art