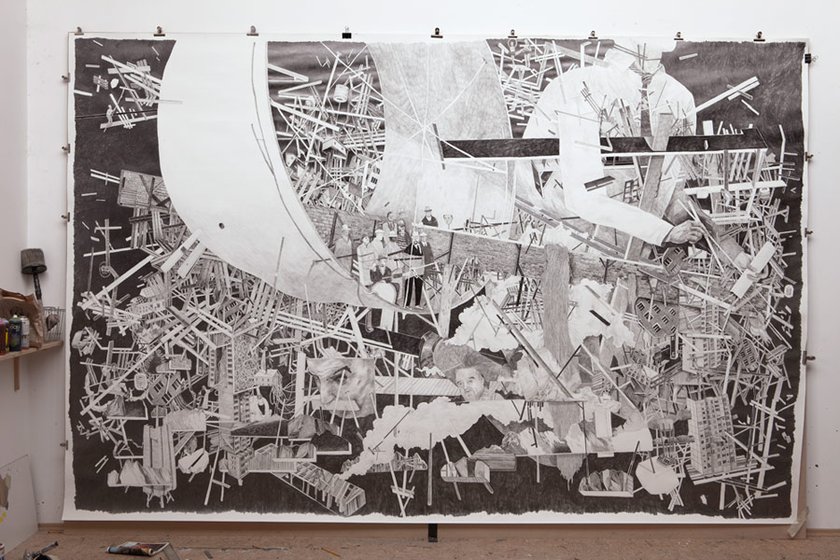 born 1982 lives and works in Prague, Czech republic. In 2009 he graduated from the Academy of fine arts in Prague. For his works David Böhm often collaborates in a duo with Jiří Franta with a primary concern for drawing and its possibilities. In addition to time-lapse records through drawing, they have also brought to fruition, for example, a series of actions called “Nearly nothing is complete” where they always drew with some kind of an obstruction present or with the aid of machines and things on which they had only a limited influence. Conscious loss of control over the final result and over a discovery of new possibilities, thanks to a chosen restriction, creates the framework within which they are operating. They currently have an exhibition at Jiri Svestka in Berlin (http://www.jirisvestka.com/exhibition-detail/jiri-franta--david-bohm-echolog), which ends August 25th 2012.