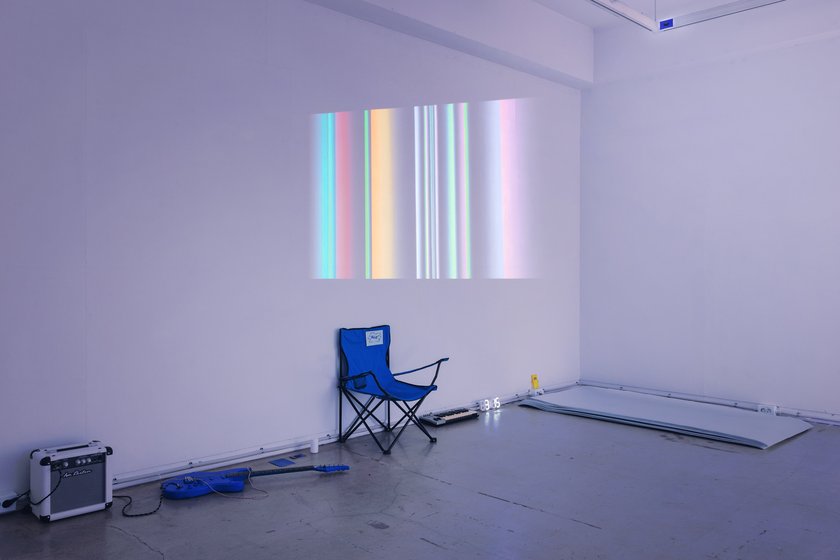 The artist uses media to produce participatory projects. His works focus on the individuals who suggest imagination to the system. In his projects, participants are recruited from online and offline. As insiders of the system, they imagine and suggest alternatives to the system. In 2010, theories of generations dominated South Korean society as conflicts between older and younger generations intensified. Cha Ji Ryang created an online community called "Generation Independence Club". The participants volunteered for the project from online notification. They met on the internet every midnight and planned a performance called "Midnight Parade" which took place in the city after midnight. In 2011, he established a virtual company called "Temporary Enterprise" to bring up the issues of unstable power relation between individual workers and corporations. Participants formed a group called, "TEAM (Temporary Exporting Angry Midnight)" and proceeded the activities called, "OT (Office Terror.)" In 2012, people had to constantly move and look for a place to live due to the exclusive urban planning. The artist created a project called, "New Home." On the online space, people who experienced the marginalization from the city plan volunteered to participate and spend a night in empty houses as a part of the project. In 2013, Cha Ji Ryang created works that critiqued the system from the insider perspective. As an artist, he was invited to participate for the 60th anniversary of the armistice of the Korean War, which took place in the island that bordered South and North Korea. From his imagination of ideology and division on the 100th anniversary, Cha Ji Ryang created a virtual festival called, "100th Anniversary of the Armistice Love & Peace, Rock and Roll Festival." In the following year, he participated a TV show called "Art Star Korea" under the name "CJ.r." As a competitor, he critiqued the structure and the system of the show that artists compete for a solo exhibition and a cash prize. As a resident artist, he critiqued the internal system of National Museum of Modern and Contemporary Art. “K-Refugees” Series is a project that began in 2014 from imagining the collapse of the Republic of Korea in the future. Audiences immersed themselves as ‘refugees’ in the future to share their current social issues that will potentially become the future risks. “Stoppable Illusion of Future” is the last episode of the project, where the incumbent politician and virtual refugees from the future negotiated the current social issues. This project was an experiment of how art can intervene the current system. In 2016, he organized the "BATS" community in Montreal, Canada with young people from second or third generation of immigrants in North America through International Exchange Program. These works were presented through various media such as exhibitions, interdisciplinary arts, and film festivals.