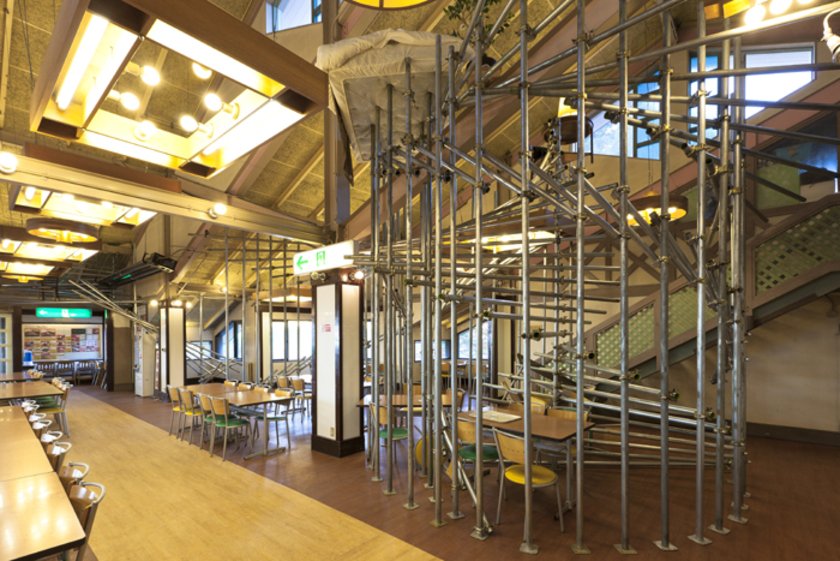 Atsuko Mochida’s work breaks with physical boundaries – it turns the space we perceive in daily situation into something threatening, compelling, into a new level of subconscious behavior. Invading both private and public space she is able to translate everyday feelings into physical objects and installations.

Her work also refers to ones struggles to adapt to social and structural changes in contemporary life: the question of identity and role in today's world provoked through social and academic educational structures.

Entering one of Mochida’s installations can evoke a feeling as if entering a dreamlike state or as if you took a sudden sidetrack while drifting through thoughts. Or to quote Haruki Murakami: Memories warm you up from the inside. But they also tear you apart.

I’m going to propose an intervention to public space. It can be performative action, and also be an experiment in urban space.

I plan to make a movable wall at some specific sites in the city. I’ll cut an existing wall or construct new wall, put a shaft at the center, and make it rotatable. People who walk by can push this wall and it starts turnaround like a revolving door. The space is always changing through this movement, and functions of the space are involved in it. This object evoke a conflict that how to communicate (or not) with invisible neighbors. Also it may raise a question, where is the border of the private space. The theme of my project connects with social reality of Berlin. I will be certainly influenced by the situation of the city, and I believe my action can be a tiny crack of the situation.