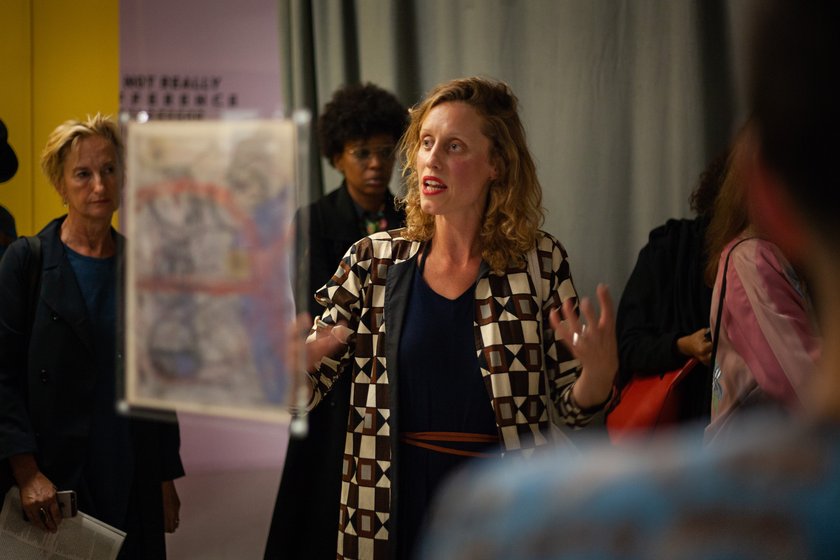 Antonia Alampi´s professional practice as a cultural organizer, curator, and now director of Spore Initiative, has been defined by working collaboratively with artists and professionals from different fields and backgrounds, and within rather small-scale socially sensitive, politically engaged and infrastructurally vulnerable yet resilient organizations. She has been the artistic co-director of SAVVY Contemporary, in the curatorial team of sonsbeek20-24, curator of Extra-City Kunsthal and of Beirut in Cairo. She co-founded projects with strong positions, erratic lives and little to no funding, such as Future Climates (with iLiana Fokianaki), or Toxic Commons (with Caroline Ektander and Simone Müller, a.o.). Within and outside of institutions she has curated, supported or been involved in many types of cultural and artistic projects, researches, movements, publications and actions pursuing social, political and environmental justice and supporting nonconformist forms of reading and interpreting the earth and its lives that have often been historically repressed or erased. She occasionally teaches, writes essays, edits books and talks in public. She was born in Southern Italy, lived in many cities and countries since then, is the mother of a girl and now lives in Berlin.

Antonia Alampi advises as a mentor the curatorial research of TURN2 Resident  Mike Mavura at ZK/U.