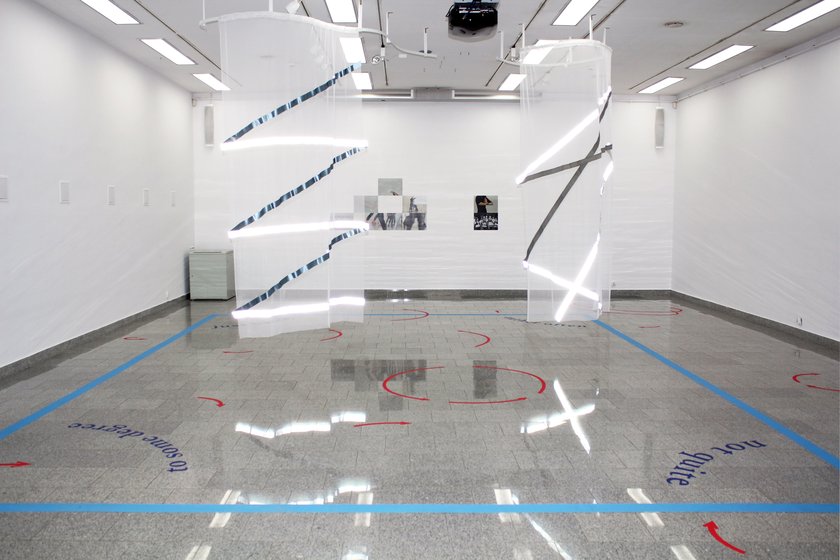 Ana Barata Martins (Lisbon) is a visual artist based in Stockholm. Her work is predominantly based on the mediums of essay-film, site-specific installations, archive and field research and text. Her practice uses local histories, vernacular culture, folklore and personal stories of a specific context to question the totalizing cultural knowledge present in grand narratives. She has a BA in Multimedia Art by FBAUL  - University of Lisbon (2008-2011), and a MA in Fine Arts from Konstfack – University of Arts, Crafts and Design, Stockholm (2014-2016). She was a finalist in the Prize Novo Banco Revelacao by Museu Serralves in 2017. In 2018, she was a resident at BWA Bydgoszcz (Poland) with the participative project On the way Home, in collaboration with Cristina Ferreira, where they created a program of workshops about the role of being a foreigner, guest and host and national identity. They also organized the residency program Unsolicited Works, aiming to young polish and portuguese artists, supported by Instituto Camoes in Warsaw (September 2017).

Instagram takeover on 15 May 2020
Ana Barata Martins - Urban Herbarium: the disenchantment of the bucolic backdrop